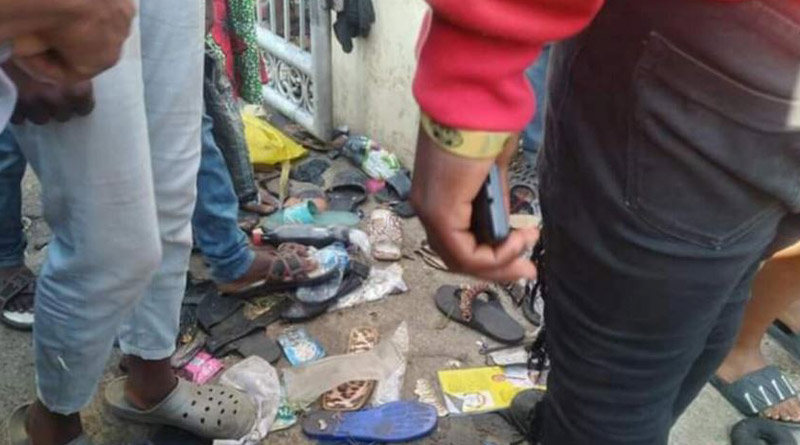 News Daily Digital Desk: The church organized food distributions for the poor. He rushed to get the food. At least 31 people died after being trampled by him. Many injured. The tragic accident happened in Nigeria.

What exactly happened? Church authorities held an event at the King of Assembly Church in the southern Nigerian city of Port Harcourt. The event, called ‘Shop for Free’, provided free food and other necessities to the poor. Quickly the crowd gathers there. And in the end, the pressure of the crowd created an unpleasant situation. Which eventually led to a tumultuous chaos. Police said in a statement, “Unfortunately, the crowd became restless and uncontrollable. As a result, all the efforts of the entrepreneurs failed. In all, 31 people lost their lives in the stampede. ”

Many pictures have spread on social media. It shows the family members of the dead people breaking into mourning. Most of the injured are being treated at the city’s army hospital. Shoes are scattered around the church. All in all, this tragic scene casts a shadow of mourning over Nigeria.

This is not the first such accident in Nigeria. Even before this, there have been accidents of human deaths due to being trampled in this way. Last year, seven women were trampled to death in the North Borno region.