A robot with an ’emotional face’ like a human

A robot with an ’emotional face’ like a human 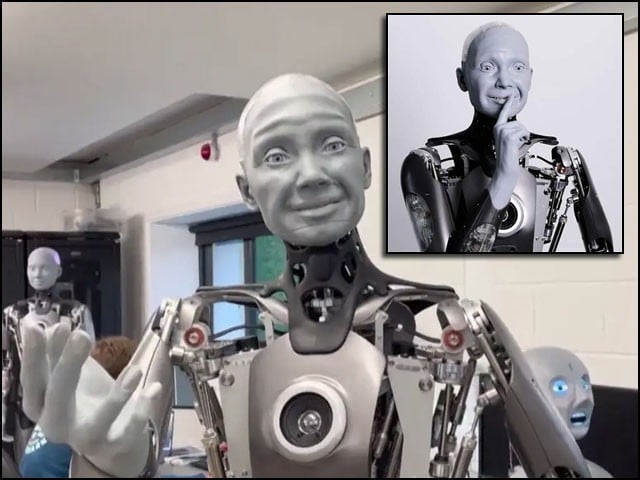 The sole purpose of the project is to make robots seem more ‘human’ by creating emotions on their faces. (Photo: YouTube screen grab)

London: The British company ‘Engineering Arts’ has developed a ‘humanoid robot’ which has various human-like emotions such as surprise, happiness, sadness and anxiety on its face.

A short video of this robot has also been released on YouTube:

The full name of this robot is “Ameca Humanoid Robot AI Platform” which is simply called “Ameca”.

In the video, it can be seen that the face of the robot is made of soft and flexible plastic like white-gray skin, while its “eyes” are similar to those of a human eye.

To move the skin on the robot’s face, small dynamic devices have been placed under it, including special motors.

A program that uses artificial intelligence to express “emotions” moves these devices in such a way that tension and tension are created in different parts of the skin on the robot’s face.

Due to this stretch and tension in a special order, the face of the robot looks like different human emotions and impressions are appearing on it.

Amika will be held in January next year at the Consumer Electronics Show 2022, the largest annual global electronics show, to be held in Las Vegas, USA.

It should be noted that the sole purpose of this robot is to prove that by creating human-like impressions on the faces of robots, they can also be made to look like human beings.

In the future, the same technology could be used in robots that could possibly be closer to humans in their other abilities.

The man who died after the fight ended up being stabbed outside a Vancouver nightclub: police Pi News

‘This is a kind of tsunami effect here’: Hicks talks about the cost of living in New Brunswick Pi News

The Austrian tennis player Theme was knocked out of the first hurdle at the French Open. ProIQRA News

Shivsena Rajya Sabha Elections: Shivsena is preparing for a coup, the name of the staunch Shiv Sainik of Kolhapur is being discussed, Sambhaji Raje?...

This time Anubrat will be summoned in the case after the vote, he will have to appear at the CGO complex ProIQRA News

Benefit for protection from the enemy Pi News

Ujani’s water issue flared up, Dattama Bharene was removed from the post of Guardian Minister, while the Chief Minister is against the warning of...

Organized a discussion on the topic “Role and Challenges of Media”. Pi News