After the arms race and diplomatic war..Morocco and Algeria meet to criticize France and compete in the production of the Corona vaccine 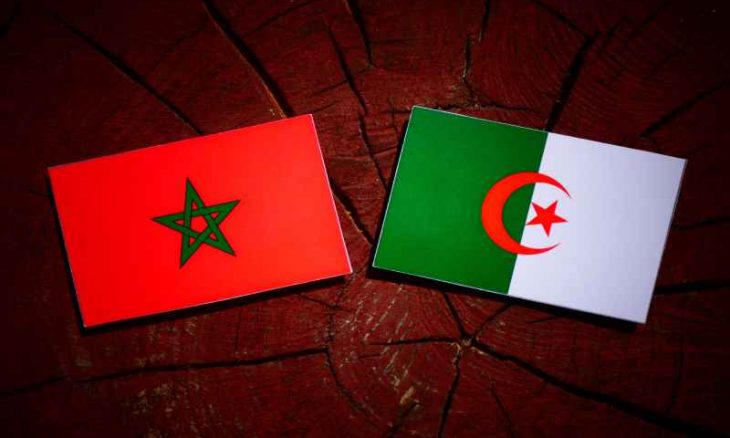 Madrid – “Al-Quds Al-Arabi”: In light of the tension and tension that characterizes relations between Morocco and Algeria, especially diplomatic confrontations, the two countries meet in common, albeit rare, political positions, such as criticizing France’s immigration policy, and they compete in sectors of benefit and strategic nature, such as Production of the COVID-19 vaccine.

Recent months have been marked by serious tension between Morocco and Algeria, where the crisis between them has received remarkable attention from the Arab and international media, in addition to the local, which is waging a fierce war of attack and attack that amounts to defamation. Perhaps the most prominent headlines of the crisis are the confrontation over the Sahara conflict, then the countermeasures such as severing ties and news of the arms race from missiles, planes and submarines.

Amid all this, the two countries met this week to criticize former colonial power France; Because of its new policy in the field of immigration, last Tuesday, Paris decided to reduce visas by half for Morocco and Algeria, and by a third for Tunisia, under the pretext of the lack of commitment of these countries to receive their citizens deported from France; Because they are residing illegally, have been involved in organized crime, or are suspected of terrorism.

Morocco was the first to reserve the French decision, in statements by Foreign Minister Nasser Bourita last Tuesday, considering that the decision reflects internal French problems, alluding to its employment with the approach of the presidential elections, stressing that “the decision is not justified.” In turn, Algeria rejected the French decision, and on Wednesday summoned the French ambassador, and expressed its protest against this new policy in the field of immigration.

In another field, and in the spirit of positive competition away from the military conflict and diplomatic war, the two countries are running a race to produce the anti-Covid-19 vaccine. Algeria has started producing the first doses starting this week to ensure local needs and then start exporting.

In turn, Morocco is preparing in the coming weeks to start manufacturing the first doses. The latter chose the “Sinofarm” vaccine, while Algeria chose the “Koronavac” vaccine, both from China. The two countries are competing to turn the vaccine into a strategic tool, as they affirm their desire to lead in the brown continent to distribute the vaccine to African countries, especially those affected by the unfair distribution of this drug, knowing that Egypt has achieved a precedent over them in this field, and has gone a long way in producing the Coronavac vaccine since July and intends in turn to export to African countries.

Allu Arjun turned down tobacco advertisement, the company was giving huge amount: even himself does not consume Pi News

Investigations without results in Progreso

Sharad Pawar: Eknath Shinde should not have any idea of ​​getting CM post: Sharad...

Sai Tamhankar, ‘Actresses don’t get together so there is paucity of money in Marathi’ ProIQRA News