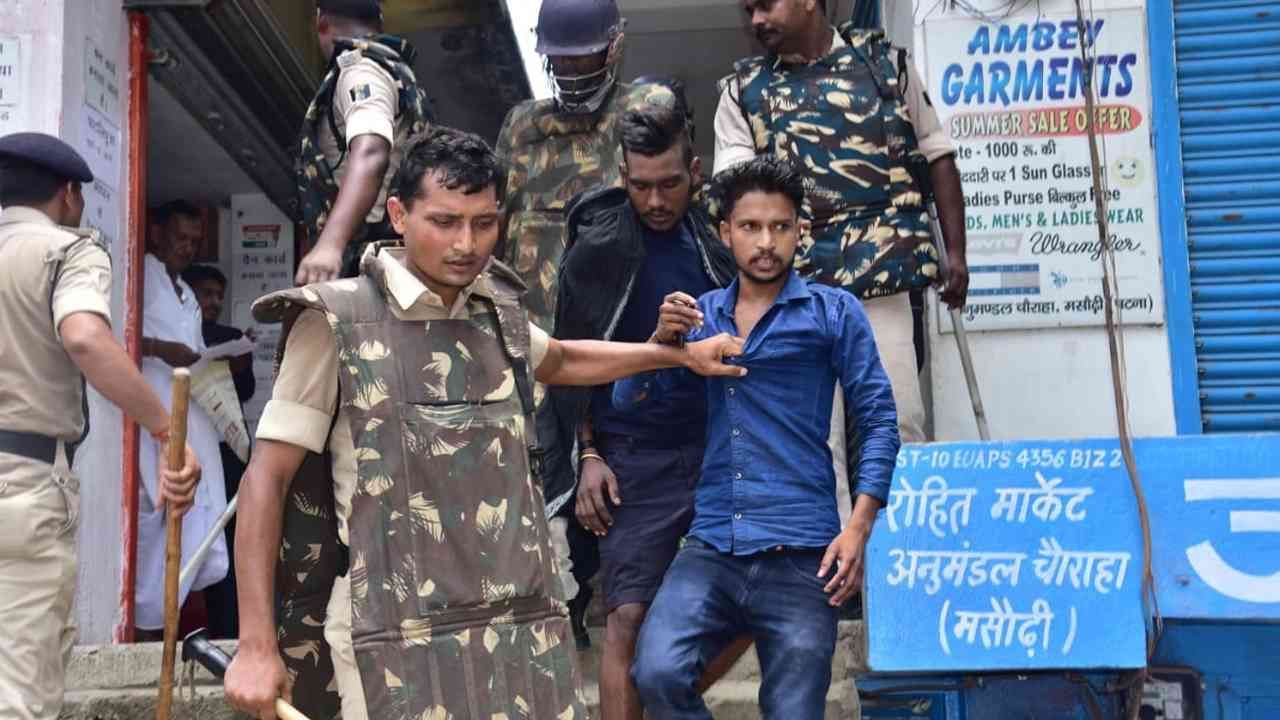 Pakistan systematically ran several anti-India hashtags through hundreds of Twitter handles. A research report of the activity of hundreds of social media profiles shows how fake handles were created in the name of many countries around the world whose GPS location is visible only to Pakistan.

Indian Army’s ambitious plan Agneepath Scheme (Agnipath SchemeThe hand of our oldest enemy Pakistan has now been proved behind the failure. The Uttar Pradesh Police has already informed about the violence in Kanpur in the name of Nupur Sharma’s protest.UP PoliceIt has been saying that the violence here was well-planned, which was being conducted from Pakistan. Now TV9 Bharatvarsh has learned from the information received from highly placed sources that not only the ruckus in the whole country but the anti-India voices that were rising on social media all over the world, our neighboring country Pakistan was behind them.

TV9 Bharatvarsh will tell you about 5 Twitter profiles of Pakistan, which you will be surprised to see how this country, troubled by poverty and hunger, is behind India. Not only this, the campaign to run anti India campaign to defame India all over the world and call to not buy goods made in India in Muslim countries was also running from this nefarious land.

Know how these 5 media profiles of Pakistan were active

Although hundreds of media profiles of Pakistan were doing this work, but these 5 profiles given above were the most vocal and active. By going to their profile, it will be known how they were spewing venom against India and inciting fire. In the last 3 months, about 2869 retweets have been made from the @Foxia7sky Twitter handle. This handle has heavily used #GrayList and #imported_Government_Disapproved which proves that he is part of PTI’s social media team.

Also, DGISPR and Imran Khan are also mentioned in this Twitter handle. Similarly, an analysis of the other 4 social media handles shows almost the same things as @Foxia7sky’s analysis shows. One thing is common in all of them that everyone has Mention Imran Khan and all have promoted #imported_Government_Disapproved a lot.

Pakistan spread venom against India all over the world!

Pakistan systematically ran several anti-India hashtags through hundreds of Twitter handles. A research report of the activity of hundreds of social media profiles shows how fake handles were created in the name of many countries around the world whose GPS location is visible only to Pakistan. Poison was being spread against India with #arrestnupursharma, #boycottindia, #prophetmuhammad, #modi, #Arab and many other hashtags written in Urdu.

The first tweet on June 4 from a Twitter profile named Mengash using #boycottindianproducts, which is originated from Pakistan. After this 2 digital marketing teams promote it fiercely. TV9 sources tell that he is a Pakistani influencer. An analysis of the tweet data shows that the maximum number of tweets named #boycottindianproducts and #stopinsuting_prophetmuhammad have been from Pakistan. Similarly, 21 Twitter profiles of Multan, 20 profiles of Lahore also continued to spew venom against India. Similarly, using VPNs from UAE, Qatar and Saudi, Pakistanis organized propaganda against India in an organized manner.

After the Friday prayers, the police got a connection to Pakistan in the uproar on the new road of Kanpur. Police said that during the ruckus, calls were going on in Pakistan from a phone number continuously. There were reports that the number belonged to history-sheeter Atiq Khichdi. The SIT has also got its connection with Mukhtar Baba, the owner of Baba Biryani.

According to a report by Amar Ujala, when the SIT investigated the local mobile towers after the riots, it was found that a number was continuously talking to Pakistan. In the investigation of the SIT, the police have also got a WhatsApp chat. In this chat, Atiq was talking continuously on the Pakistani number. The number from which we were talking in Pakistan is now coming off continuously.

Food safety rules in hotels are three o’clock; 12 lakh rupees fine collected in one and a half years – Marathi News |...