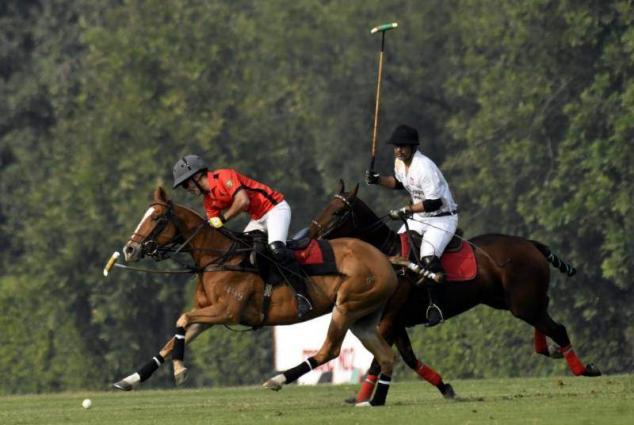 Diamond Paints/Sheikhoo Steel and Remington Pharma qualified for the subsidiary finals of the Coca-Cola Aibak Polo Cup 2022 here at the Lahore Polo Club on Thursday.

Platinum Homes defeated Master Paints Black while Salam Polo defeated Guard Rice on penalties before Thursday’s matches, which were sponsored by Coca-Cola as title sponsors and Century 99 as co-sponsors. Then, in the first game of the day, Remington Pharma topped Salam Polo 8-5. Hamza Mawaz Khan was the key contributor from the winning side as he not only played outstanding polo but also bagged an amazing six goals.

In the hotly contested second match of the day, Diamond Paints/Sheikhoo Steel defeated Platinum Homes 10-7. For Diamond Paints/Sheikho Steel, Nicolas Antinori worked magic with club and polo pony, hitting a fantastic seven goals out of ten. The remaining contribution from the winning side came from Omar Asjad Malhi and Mir Huzaifa Ahmed as they pumped in two and one goal respectively.

Amirreza Behboudi played well for the losing side as he scored a fantastic five goals while Agha Musa and Bilal Noon converted a goal each for Platinum Homes, who also had a half-goal handicap advantage. John Fisher and Saqib Khan Khakwani supervised the match as field umpires.

Tomorrow (Friday) the first semi-final will be between Diamond Paints and Newage Cables/Master Paints at 14.00, while the other semi-final will be played between FG/Din Polo and Remounts at 3 pm here at the Lahore Polo Club ground.

India should not be under any misapprehension, if war is...

There can be no talks with the government, chairman PTI...

The women in the valley were exempted from the government’s...