Various rumors have been circulating since Bollywood actress Alia Bhatt confirmed her pregnancy, to which Pakistani artists have now reacted.

Sharing Alia Bhatt’s Instagram story, Zara Noor Abbas wrote on Instagram that she used to think that this only happens in Pakistan.

“Women are better at anything and we don’t have to prove our abilities and skills,” Zara Noor Abbas wrote. 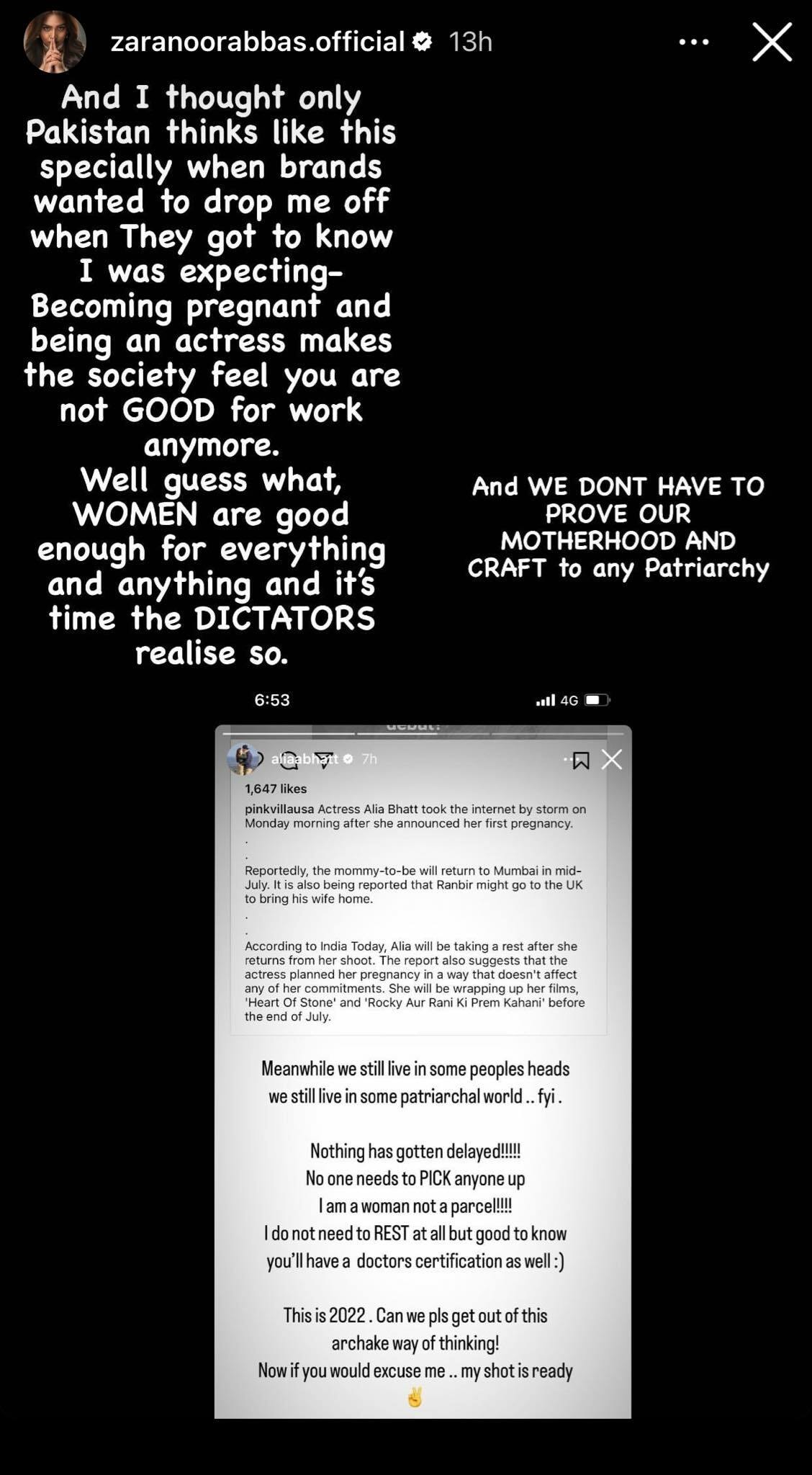 Sharing Alia Bhatt’s Insta Story, Darfshan Saleem also wrote that we can get married and have children, marriage is a part of life, people don’t need to tell women about their career goals. 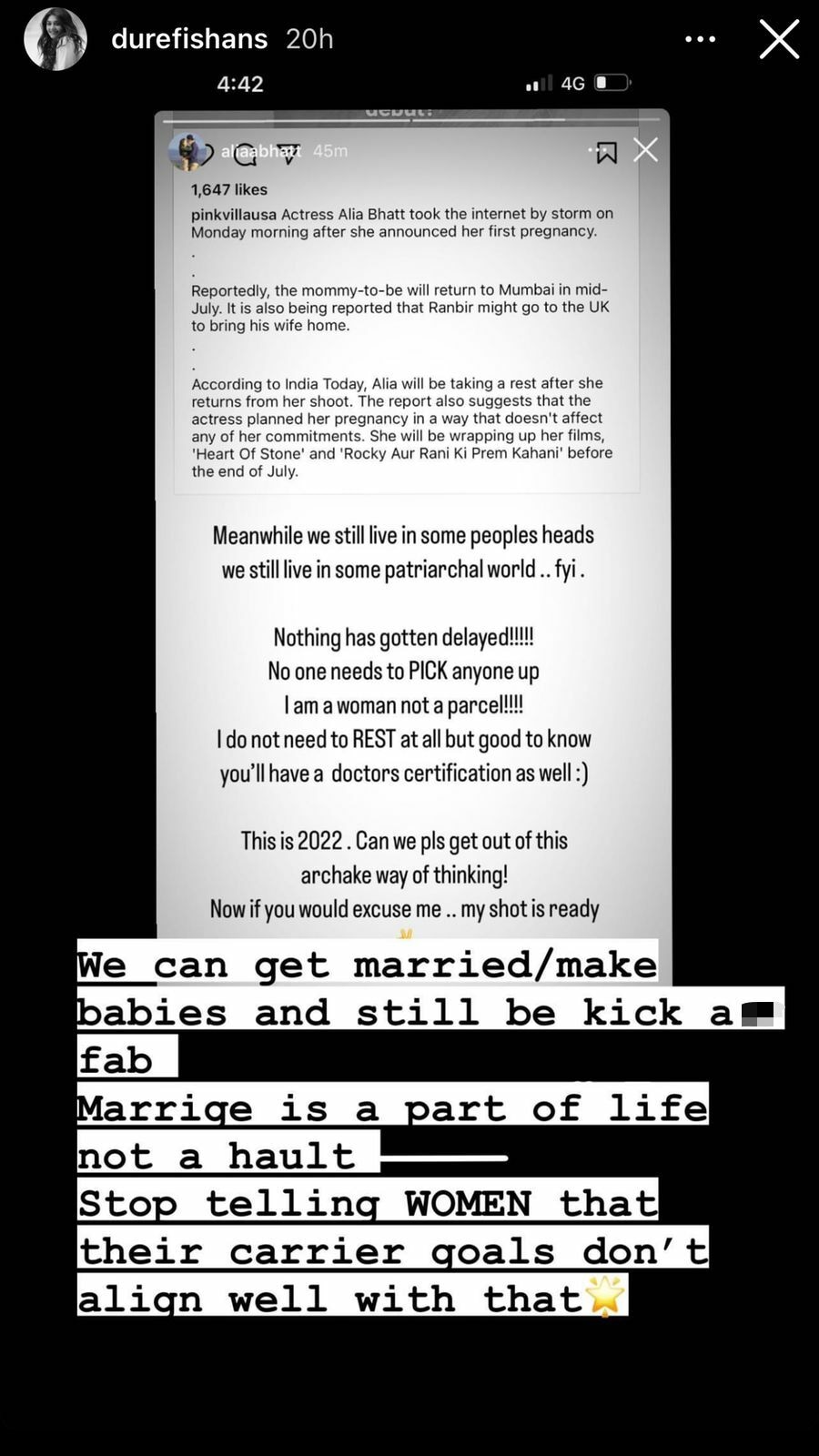 It may be recalled that Alia Bhatt has sharply criticized the Indian media for publishing news related to pregnancy and private life.

It was reported in the media that Alia Bhatt will return to Mumbai in mid-July and Ranbir Kapoor will go to London to pick up his wife, as she is about to become a mother, so the actress will rest after the shooting.

The news also claimed that Alia Bhatt has planned her pregnancy in such a way that none of her work is left unfinished. Will do

“We still live in people’s minds and still live in the patriarchal world, I don’t need any rest at all but the good news is that I want to inform you,” the Bollywood actress said in her response to the news. There will be doctors for.

When her husband Ranbir Kapoor came to London, Alia Bhatt said that no one needs to come to pick someone up, I am a woman and there is no parcel.

Iker Rashifal Bengali, 14 August 2022: This zodiac sign is on the verge of success! Read the horoscope | Pro IQRA News