Alwar gangrape case: BJP to stage protests across Rajasthan on January 17-18 to demand justice for Sagira

Alwar gangrape case: BJP to stage protests across Rajasthan on January 17-18 to demand justice for Sagira 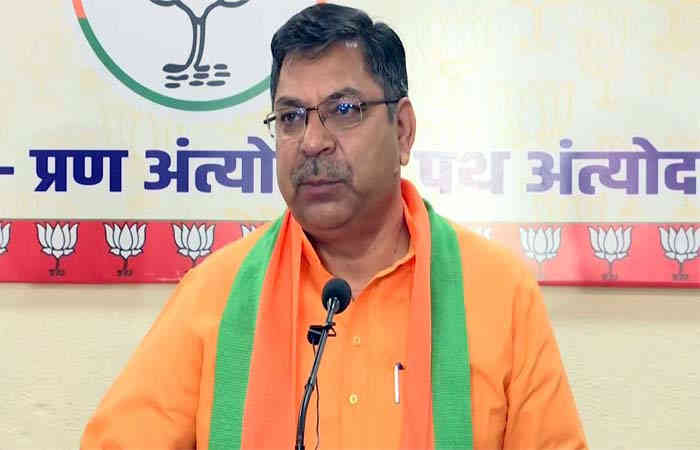 – Priyanka Gandhi was celebrating her birthday with Robert Vadra at Ranthambore when the incident took place in Alwar.

The BJP is constantly targeting the Gehlot government in the case of gangrape of a deaf-mute girl in Alwar, Rajasthan. Now the BJP has announced a massive demonstration across the state to bring justice to Alwar’s victims. BJP leader Satish Poonia said that on January 17 and 18, BJP will hold demonstrations against the state government in all the constituencies in Rajasthan.

A shocking case of gangrape has come up from Alwar in Rajasthan. There was a gangrape with a dumb deaf girl. A team of doctors in Jaipur operated for 8 hours and rescued the girl with great diligence, but the doctors were also shocked to see the manner in which 16-year-old Sagira was molested.

In addition to gangraping Sagira, she was stabbed and injured in her private part. His private part and anus were merged due to a sharp object injury to the private part. However, according to the police, the girl was not gangraped.

No rap page in medical report

Police have denied any involvement in the incident. On Friday, Alwar Superintendent of Police Tejaswini Gautam himself informed the media about the incident. Citing a medical report, he said the rape case had not yet been confirmed.

The accused in this case are still out of reach of the police. Police say more than 300 CCTV footages have been examined in the 25-kilometer area but no evidence has been found yet. The victim’s parents work and she also has a sibling.

“What happened in Alwar with a girl who can’t speak is heartbreaking,” said Sambit Patra. He asked Priyanka Gandhi if a 15-16 year old girl was abused in Alwar, a car drove a blood-soaked girl on the road, today the girl was in a life-threatening condition in a hospital, did Priyanka find the victim? ? Did she go to the victim’s house?

However, Ashok Gehlot said on Twitter that the matter should not be politicized.

In relation to the case of a demented girl child in Alwar, contact is being made with senior police officers, SP Alwar and senior doctors treating the girl. The DG has directed the police to conduct independent and impartial research and reach the bottom of the matter at the earliest.

Center on Vaccine Latest Dosage-Any dose after three months of...