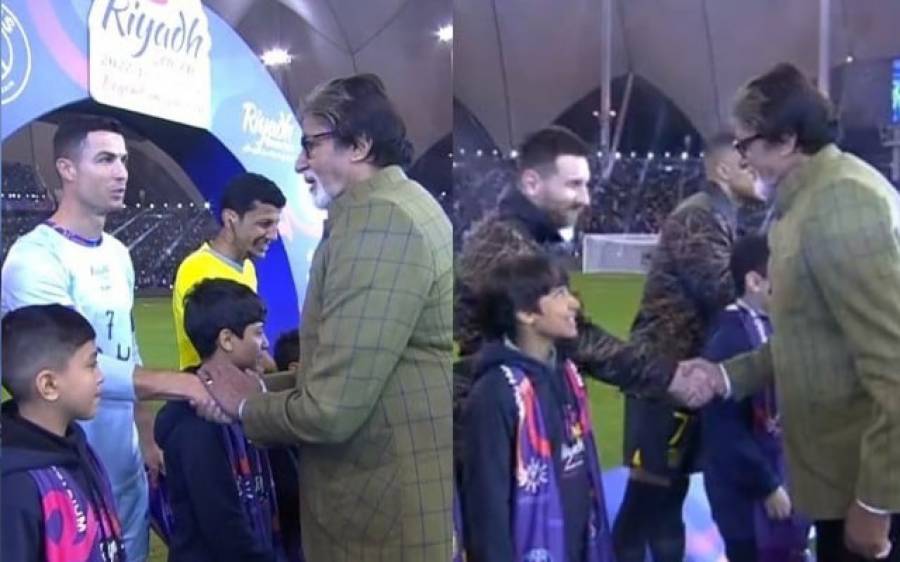 According to foreign media reports, Amitabh Bachchan attended the opening ceremony of the Riyadh vs French club Paris Saint-Germain (PSG) football tournament at the ongoing King Fahd Stadium in Riyadh, the capital of Saudi Arabia.

At the opening ceremony, Amitabh Bachchan met star footballer Cristiano Ronaldo and other footballers including Argentina’s world champion Lionel Messi, whose video the actor shared on his social media accounts expressed his happiness.

In the video, Amitabh Bachchan can be seen shaking hands and chatting with all the footballers including Messi and Ronaldo.

Amitabh Bachchan captioned the video, “What a night in Riyadh, Cristiano Ronaldo, Lionel Messi, Mbappe, Neymar playing together and I’m here as a special guest to open the game, PSG. VS Riyad Seasons Unbelievable!”

The fans who came to watch the big match were surprised to see Bollywood legend Amitabh Bachchan in the tournament.

Videos and pictures from the meetings of these stars go viral on social media, where interesting comments are made by users.

Budget 2023 What has become cheaper what is more expensive...