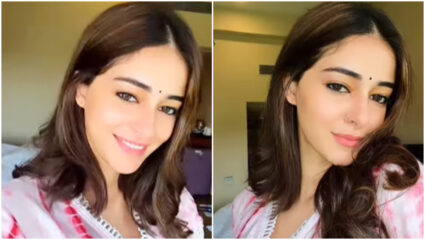 Mumbai: Bollywood actress Ananya Panday is in many headlines today for her upcoming film Dream Girl 2. She returned on the set of the film. He himself published a video about this on his Instagram account. In the video, the actress looks very beautiful in a pink outfit. The song ‘Dil Ka Telephone’ from the movie ‘Dream Girl’ plays in the background of the video and the actress strikes different poses to the song.

She shared the video and wrote in the caption: “Back on the set of Dream Girl 2. This video of her is very quickly liked by fans as well as celebrities. The video has so far been liked by more than one million 86 thousand people. It is noteworthy that in the film “Dream Girl 2” actor Ayushmann Khurrana will again be seen in the lead role. In the first part of this film, the actor was seen in the role of a girl named Pooja.

Russia supplies cheap petrol and diesel to Pakistan: Minister of...

Russia supplies cheap petrol and diesel to Pakistan: Minister of...

Starmer suggests that Corbyn will not be allowed to stand...

The Craigavon ​​family shares the trip with Southern Area Hospice...