News Daily Digital Desk: 3 years 2 months 7 days as time. There are many gaps in it. It has been realized that human work cannot be done from this group. Because, this team is just an organization of Facebook. But people have to do the work down the field. Those who have worked for the organization in that way have never had the opportunity to do so. Banga BJP only does politics sitting in air conditioned house. After leaving the BJP and returning to the grassroots, Arjun Singh, an MP from Barakpur, criticized his new ex-camp at a press conference. He also explained the reasons for the change of party. He admitted, “I left the team due to misunderstanding. The son of the house came back home. ” Trinamool MLAs welcomed him to the party. 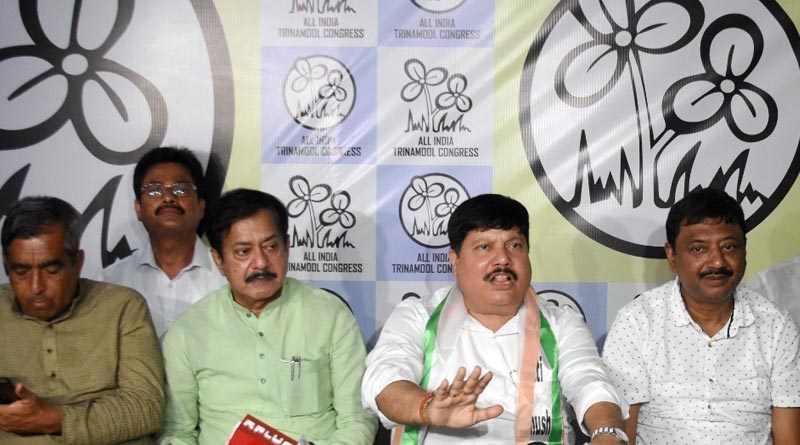 Speaking at a press conference at Abhishek Banerjee’s office on Camac Street on Sunday afternoon, Arjun said, “The BJP in Bengal sits at AC and organizes on Facebook. We, who organize from the ground up, were having a hard time getting people to work. I have repeatedly told the Union Minister about the jute problem. I will not accept the loss of Bengal jute industry. We were able to get 30% of our demand for jute from the center. 80% is still left. ”

Recalling the efforts of Chief Minister Mamata Banerjee to save the jute industry, Arjun Singh said, “The Center was ignoring the jute problem. 50 from 72 jute mills, 15 from there. Everything else is off. I persuaded the minister for that fight. In November, the chief minister sent a letter to Modi. Even then no importance was given. I said, if necessary, I will fight with the Chief Minister. A big fight will be organized in the country under the leadership of Mamata. I want to be a soldier. ”

After the change of party, Arjun Singh will visit Navanne on Monday and meet Chief Minister Mamata Banerjee. Meanwhile, the BJP flag has been unfurled in front of his Jagddal house. Abhishek Banerjee will hold a meeting on May 30. Arjun Singh will join the first party program there after the change of party in this phase. Barakpur MLA Raj Chakraborty, Dumdum MP Saugat Roy will be present at the meeting. Minister Bratya Basu, Chandrima Bhattacharya, Madan Mitra. It is heard that Arjunputra Pawan Singh will join Trinamool in this meeting. Pawan is currently the BJP MLA from Bhatpara.

BJP’s victory in the High Court, BJP’s procession will be on the streets tomorrow ProIQRA News

The RTI worker killed in Madhya Pradesh had received many threats, many more revelations Pi News

What happens to a 15 year old car? Cabinet pays Rs 18,000 to students for recognition of Assamese Khilangiya Muslims – News18 assam ...