Arrival of Urdu in English Street

Arrival of Urdu in English Street 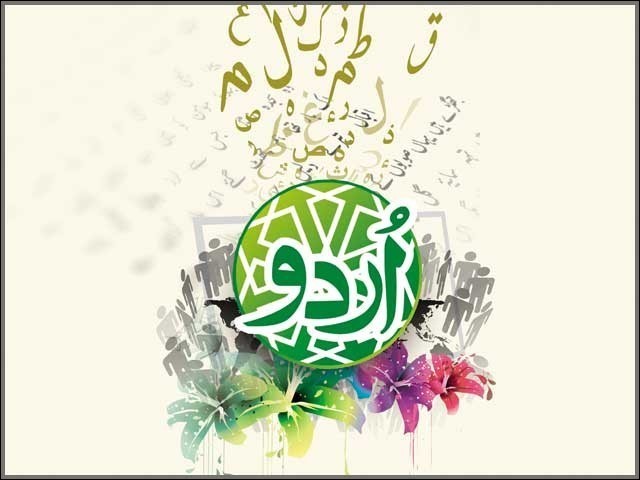 Urdu is the language that unites people. (Photo: File)

These are the streets where even if Urdu passes, it passes in fear, and behind their vast palaces, there is no movement of this language at all, English reigns in them and broken Urdu is its job. But today a new scene has emerged in the area known as Clifton. In a building spread over a long period of time, Urdu has stepped in with great pomp and splendor, so that the walls are gleaming with its radiance and the atmosphere is fragrant with its fragrance.

This is the mention of the Urdu conference held at Greenwich University, which was held on December 30 in the last moments of last year. The theme of the conference was “The Importance, Need and Usefulness of Literature and Language”. The Vice Chancellor of the University, Seema Mughal, deserves congratulations and appreciation for organizing this event, who showed her personal interest and made this conference possible. Along with him, Dr. AQ Mughal, Faham-ud-Din Haqi, Prof. Ali Jilani and Syed Muhammad Kashif associated with this university played an important role in making the Urdu Conference a success. The conference was chaired by Dr. Prof. Shadab Ehsani, while Syed Muhammad Kashif acted as the director.

There were two parts to the conference, the first was immersed in the magic of poetry and poetry and the second was the discussion of intellect. After recitation of Holy Quran and recitation of Naat, guest poets Kami Shah, Syed Ali Baba, Hidayat Saeer, Imran Shamshad and Ali Zubair presented their beautiful speeches, while University student Shabana Naz and Professor Ali Jilani also gave their poetry hearings. Of the vow. The audience, the majority of whom were university students, enjoyed the poet’s heartfelt poetry and praised him openly. The mood and response of the participants while listening to the poems was remarkable and astonishing. Imran Shamshad’s long poem was listened to with full attention and was well received. This charming poem, which changes the scene in a matter of moments like a fast-paced documentary, certainly deserves such attention and praise. With this acceptance of the young audience living in English, the fact came to the fore once again that by awakening the magic of poetry, the generation that is moving away from Urdu can be made to fall in love with this silver language.

After the poetry session, a series of talks started in which Ahqar (Mohammad Usman Jami) read out his essay on “Importance, Need and Usefulness of Urdu Literature and Language” and Dr. Sabir Ali presented his presentation. The keynote address was delivered by Dr. Prof. Shadab Ehsani. He said that the languages ​​spoken in the countries of any region are a part of civilization and culture. In 1862, 560 languages ​​were spoken in India and Urdu was the most widely spoken language. At that time the population of India was over 250 million. Dr. Shadab Ehsani said that when we speak languages ​​of any region, we should keep in mind that when different languages ​​are spoken in any country or region, they are all connected with one central language and In the region where we live, all the languages ​​are connected with one central language which is Urdu. To this day we call it a language of communication but Urdu is the natural language of this region.

Dr. AQ Mughal, a research professor at Greenwich University, thanked Urdu for its sweetness and said that Urdu is not just a language but a whole culture. Urdu is the language that unites people. Urdu language poetry and literature has always connected people with each other. We are very happy to have this Urdu conference today. Expressing happiness, he said that all the poets presented the best speeches which were very much appreciated by the students of our university and the essayists also expressed their views on the importance, usefulness and necessity of Urdu literature and language in a very strong manner. Presented He vowed that we would continue to offer literature and language promotion programs on the Greenwich University platform.

It is hoped from the Urdu conference held at Greench University that other private universities will also give importance to the national language and make their drums smell like Urdu and enliven the minds of their students with Urdu.

If you also want to write an Urdu blog for us, pick up a pen and write 500 to 1,000 words with your picture, full name, phone number, Facebook and Twitter IDs and your brief but comprehensive introduction. [email protected] Email to