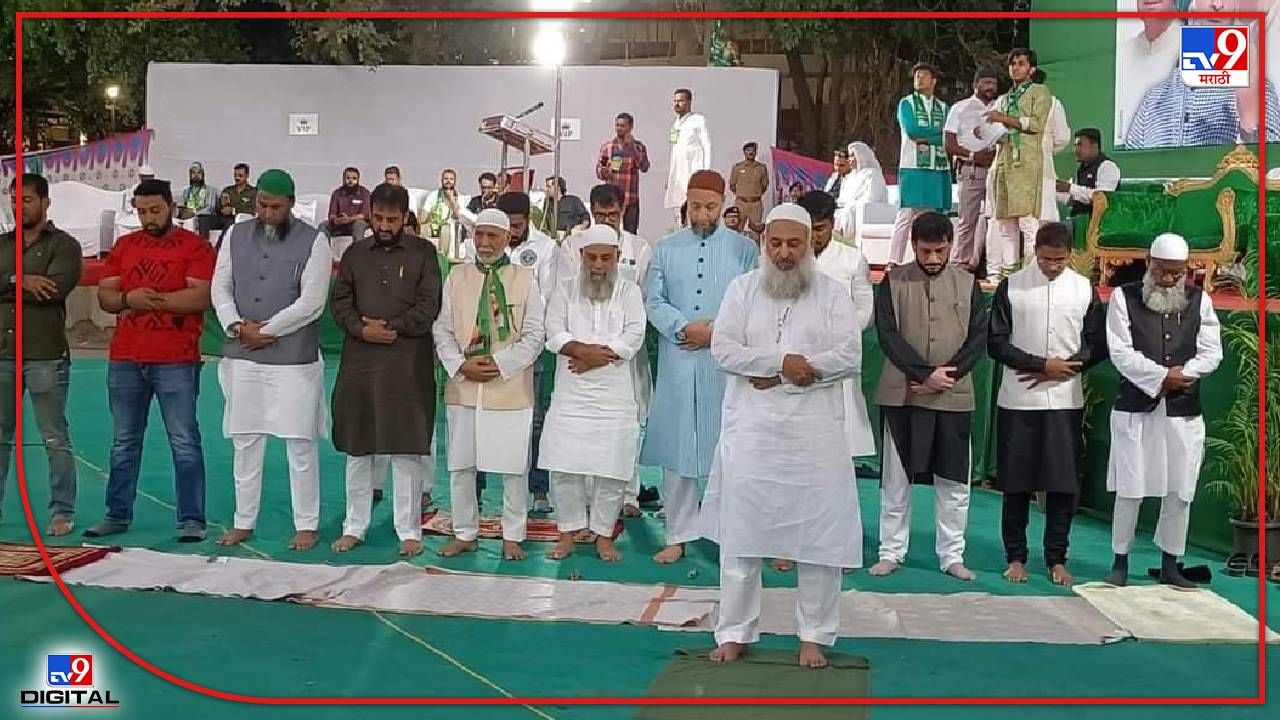 Asaduddin Owaisi reciting Namaz during a meeting in Bhiwandi

Owaisi’s speech started and then Azaan started. At that time Owaisi also stopped his speech and offered Namaz along with other leaders and workers. This video of him is also going viral now.

Bhiwandi: Maharashtra Navnirman Sena President Raj Thackeray (Raj Thakrey) Took an aggressive stand on the issue of ditching mosques. Horn on the machine (loudspeaker on Mosque) He also gave an ultimatum to the state government to remove it. Since then we got to see strong politics in the state. In this background, now MIM MP Asaduddin Owaisi (Asaduddin Owaisi) held a meeting in Bhiwandi. Owaisi’s speech started and then Azaan started. At that time Owaisi also stopped his speech and offered Namaz along with other leaders and workers. This video of him is also going viral now. Owaisi’s meeting was held at Parshuram Tower Ground in Bhiwandi. MIM MP Imtiaz Jalil and former MLA Waris Pathan were also present on the occasion.

When Asaduddin Owaisi arrived for the meeting, it was time for the evening prayers. Azaan started after Owaisi started his speech. Azaan was being given by the speaker. At that point, Owaisi stopped his speech and offered prayers with MIM leaders and workers. The video of Owaisi, Imtiaz Jalil, Waris Pathan and other leaders and office bearers offering Namaz on a chadar placed in front of the stage is now going viral on social media. 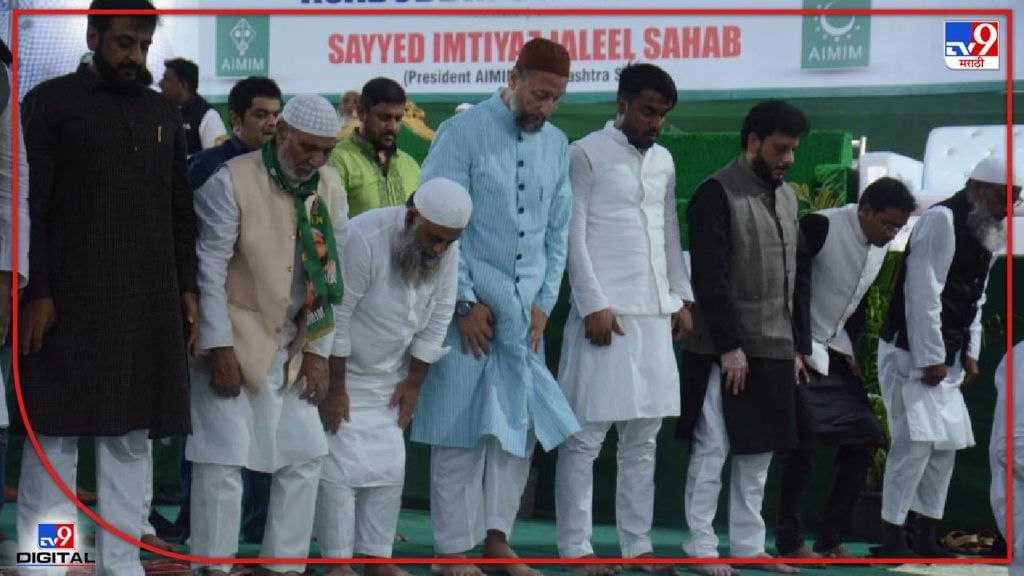 Asaduddin Owaisi reciting Namaz during a meeting in Bhiwandi

Owaisi targeted the Mahavikas Aghadi government in his speech. While targeting Mahavikas Aghadi, Owaisi raised questions on Nawab Malik. Speaking about Malik, Owaisi said that Malik is in jail because he is a Muslim. When Sharad Pawar met Modi, he remembered asking him not to take action against Raut. But what didn’t come to Nawab Malik’s mind? Owaisi has asked this question to Sharad Pawar and Mahavikas Aghadi. Owaisi also accused Malik of arresting Shiv Sena, NCP and Congress. Not only this, Nawab Malik belongs to your party, so he was also trying to take Malik’s name. However, Nawab Malik was imprisoned and Sanjay Raut was named. So did Sanjay Raut become more dear to NCP than Nawab Malik? Owaisi had also asked this question.

If the government of Maharashtra believes in democracy, it will release people from jail. Politicians who go to jail have more power. When Khalid Guddu is gone, he will be a more powerful leader. Remember criminals, power does not belong to anyone for long. Today you are intoxicated with power, so you are putting many people in jail. But Allah will put them in jail one day. Owaisi also demanded the government to release Nawab Malik.