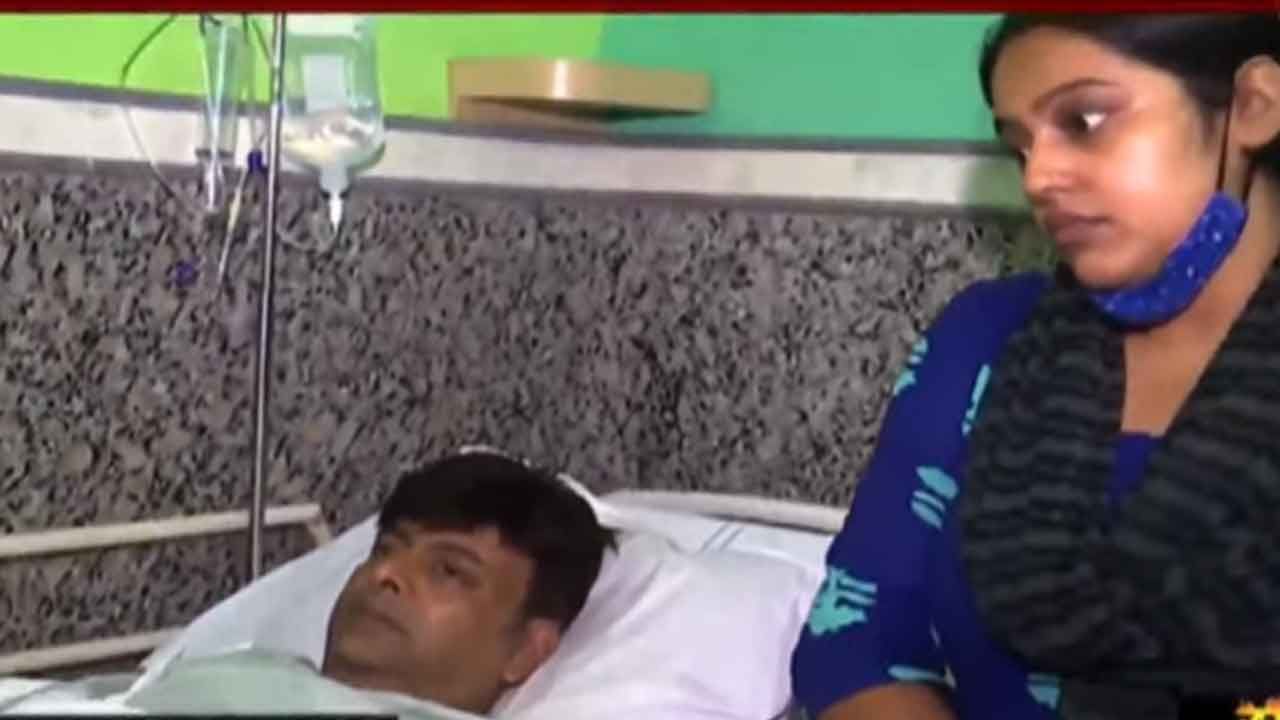 Beleghata: Injured businessman Anirban Saha, lying on a bed in a nursing home, claims he has a plywood shop in Beleghata for a long time.

Kolkata: There were allegations of misdeeds in Beleghata. The area became heated on Monday over the alleged beating of a plywood trader in the area. He was allegedly picked up from the road and beaten. Anirban Saha, a 44-year-old businessman, claimed that the attack was carried out because the shop was not repaired. The family claimed that Anirban was threatened with death by showing firearms. Beleghata police have started investigation into the incident. The allegation was against a young man in the area. He is also accused of being politically influential. After being severely beaten, the accused left him in front of a nursing home in Beleghata. Anirban was admitted to the nursing home in the incident on Monday. While there, the police took his statement.

Anirban Saha has a plywood shop on 11/16 Beleghata Road. He was allegedly picked up from the street on Monday afternoon and beaten to death and threatened with death for not repairing the shop. Allegedly, the miscreants dropped the businessman in front of a nursing home in Beleghata with serious injuries after he was severely beaten.

Injured businessman Anirban Saha, who was lying on a bed in a nursing home, claimed that he had a plywood shop in Beleghata for a long time. He hired an acquaintance to do some work in the shop. The contractor started work on Monday. I have been working since morning. Meanwhile, an influential local youth with 4-5 followers climbed there around noon. It is alleged that Anirban was abducted by his own people.


In the words of Anirban Saha, “I have been receiving phone calls for quite some time. I was also hearing threats from his mouth. It was said that he did not do the right thing. You will be beaten. I have broken two legs. One arm is broken. The left rib of the chest is broken. That’s the decent thing to do, and it should end there. ” Allegedly, the businessman was stripped naked and beaten with bamboo and rods. It is alleged that the photo was taken while the businessman was holding a firearm in his hand. Beleghata police have started investigation into the incident. The question is whether this incident is due to being deprived of lifting.

Eknath Shinde, battle for the post of Speaker of the Assembly; Whose whip will be applicable for Shiv Sena MLAs? Whose whip...

The torrential rains in China will continue until August Pi News