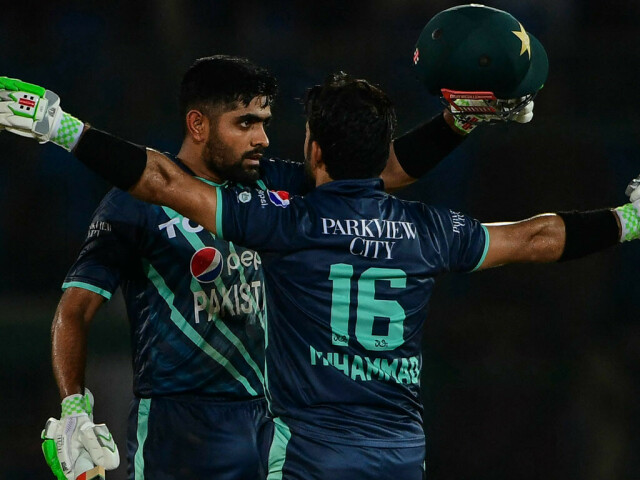 Babar Azam scored a brilliant century and Mohammad Rizwan scored 88 to lead Pakistan to a crushing 10-wicket victory over England in the second Twenty20 International in Karachi on Thursday to level the seven-match series at 1-1.

Needing 200 to win after Moeen Ali’s quickfire half-century took England to a big total, Babar (110) and Rizwan produced a batting masterclass to send Pakistan home with three balls to spare. It was the highest chase in men’s T20 cricket without the loss of a wicket.

Babar delighted a raucous home crowd by reaching his second T20 international century in the 18th off 62 balls, while Rizwan, dismissed by Alex Hales after 23 runs, finished with an unbeaten 88 off 51 balls.

England opted to bat first, with the opening partnership of Hales and Phil Salt leading to 42 runs from 31 balls before Shahnawaz Dahani struck twice with two strikes, bowling Hales and David Malan to stop England in their tracks.

Impressive knocks from Ben Duckett (43) and Harry Brooke (31) steadied the side, while captain Moen top-scored with an unbeaten 55 off 23 balls to take England to 199-5.

England, on their first tour of Pakistan in 17 years, will play two more matches in Karachi and three in Lahore before returning in December for three Tests.

The weight of the Shinde group in the center increased!...