Bahia hockey is measured against the best in the country 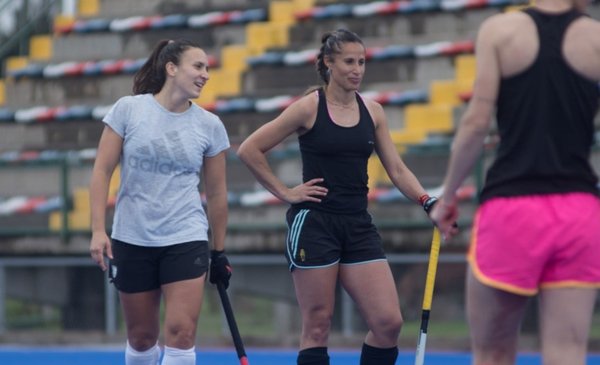 The senior female team of the Bahiense Hockey Association will begin to play today the Argentine Championship “A”, the elite of the discipline at the national level and that has had him as a great entertainer in his latest presentations.

After a year without activity due to the pandemic, the contest controlled by the Argentine Confederation will be held in Rosario (Santa Fe) between today and Sunday, with the Luciana Aymar World Cup Stadium and the Jockey Club field as venues.

The captain’s word in the preview

Bahía will integrate Zone B together with the Sanjuanina, Cordobesa and Santefesina Association.

The Orange, that comes from getting two bronze medals in the last national competitions, the tournament will begin with double programming.

The premiere will be from 9 a.m. against San Juan and then, at 3:40 p.m., the second date will play against Córdoba. Both matches will take place at the Mundialista Stadium.

The Bahia group stage will close on Friday against Sante Fe, from 12:20 on the Jockey Club field.

The selected one of our medium will count among its ranks, once again, Valentina Costa Biondi (see separate), who has just won the silver medal with Las Leonas at the Tokyo Olympic Games.

Regarding the contest, group “A” will be made up of the Mendoza, Litoral, Buenos Aires and Mar del Plata Association.

The top two from each zone will play the semifinals for the title and the remaining four teams will meet for fifth place.

The final for the gold is scheduled for Sunday at 14:30 and the match for third place will go at 10:30. Both at the World Cup stadium.

Javier Soquirnasky will be the coach of the Bahia team in Rosario, on his return to the Bahiense Association teams.

“I think we needed to play some more friendly against a stronger team, which would move the floor more. But ours is a team that has been playing together for many years and they know what it is to defend the Bahia jersey. That is a contribution very important and very in our favor “, understood” Mote “.

“I aspire that we are on fire throughout the tournament, every year that passes all the Associations are changing. Hopefully we can be among those at the top because I think we have a great team,” said DT.

The two bronze medals won by Bahia in its last two national participations and the great presence of the players that make up this squad make the illusion around this team very high.

“We are all going with very high expectations: fans, parents, managers, players, coaches, everyone … I try to lower the price a bit, because strong Associations have a great team. What I most hope for is that we be competitive and let’s rise to the occasion, “Soquiransky said.

With Valen among the chosen

Days ago, coach Javier Soquiransky confirmed the list of players who will represent Bahia, among which is Valentina Costa Biondi, a San Fernando player and who comes from win the silver medal with Las Leonas at the Tokyo Olympics.

“What these players generally give you is a bit of peace of mind, a bit of knowing that they have competed at the highest level and when they come to play their domestic tournaments they play looser. Not relaxed, but loose. I think Valen us it will bring that tranquility, serenity and driving on the field that any team needs and does good for them, “explained the coach of Bahia.

In addition to Valen, those who will join Bahia who do not play in our field are Yazmín Pallottini (from Banco Nación de Buenos Aires), Luciana Argüello (San Lorenzo); Agostina Dottori (San Lorenzo) and Candela Esandi (River Plate).

As well as Bárbara Dichiara, who works in Atlético Monte Hermoso, but was Reserve of the substitutes who were in Tokyo and participated in the entire preparation process for the Olympic Games with Las Leonas.

Florencia Scheverin (University) will be the team captain and Gabriela Ludueña (Atlético Monte Hermoso) will be the sub-captain.

So far, the Bahiense Hockey Association has accumulated 7 podiums at the national level with its selected teams.

In 2015, Bahia managed for the first time in its history to have its 5 teams in the Argentine hockey elite. In 2016 -when it became effective- the others that also complied with that were Buenos Aires, Córdoba and Mendoza.

From that year until today, these were the results of orange in all categories.