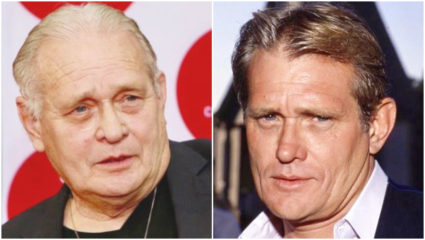 Mumbai : Hollywood’s famous actor Bo Hopkins said goodbye to this world forever. The actor has passed away at the age of 80. After his death, there was a wave of mourning in the industry. The actor made his mark in the industry with the film ‘American Graffiti’. Which was released in the year 1973. Even today people watch his film with great enthusiasm. According to media reports, information about his death has been given through his official site.

Which read, ‘It is with great sadness to inform that Bo Hopkins has passed away Bo loved hearing from his fans around the world.’ The actor had made a name for himself in his career at the age of 80. He started his career with the feature film ‘The Wild Bunch’. This film was released in the year 1969. In this film, he was seen in the role of ‘Crazy Lee’. He has played his role in many films.

In which films like ‘The Gateway’, ‘Midnight Express’, ‘The Fifth Floor’, ‘Uncle Sam’, ‘U Turn’, ‘Fever Lake’ and ‘Shade’ are included. Apart from this, Bo Hopkins has also played his role in television. Not only this, Bo Hopkins had also made an important contribution to the US Army at the age of just 16, but for some reason he left the army and stepped into the world of acting.

The Government of Azad Jammu and Kashmir presented a budget of Rs. 163.7 billion for the financial year 2022-23. ProIQRA News

PTI, PP and PDM together with the establishment destroyed the economy, Siraj-ul-Haq addressed the participants of the train march. Pi News