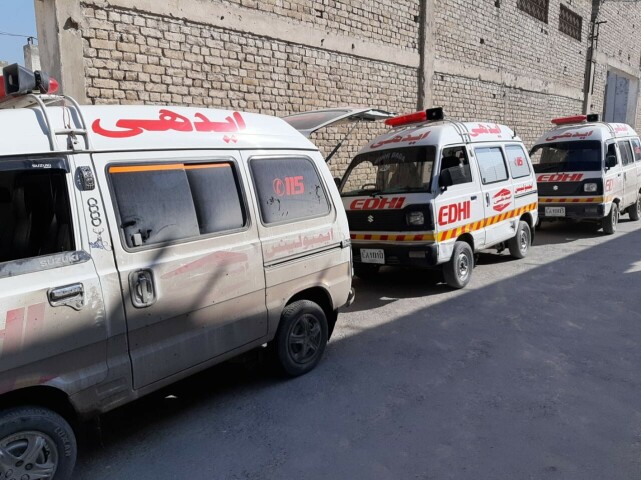 Two brothers were buried under mud near Kojak tunnel in Chaman area and their bodies were shifted to hospital.

According to Levies officials in Chaman, excavation work was underway to lay a water pipeline near the Kozhik Tunnel when a landslide hit the workers, burying them.

According to officials, heavy machinery was called in to evacuate the workers. Rescue operations took several hours but the lives of the workers could not be saved and their bodies were recovered.

According to Levies officials, the two laborers who died were real brothers, identified as Nazar Mohammad and Abdul Samad. The bodies were taken to Civil Hospital Chaman.