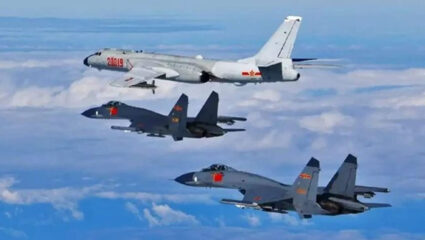 New Delhi. Where, on the one hand, the Speaker of the US Parliament, Nancy Pelosi (Nancy PelosiChina is greatly angered by the visit of Taiwan (Tiwan) and is also becoming aggressive. At the same time, on Thursday, he began military exercises for the siege of Taiwan. At the same time, because of all this, the tension between China and Taiwan seems to be increasing even more.

At the same time, after the missile attack on Japan, China sent 100 of its fighter jets to the border with Taiwan. However, Taiwan also flatly refused to back down. Even before that, 22 Chinese planes also entered Taiwan’s air defense zone.

At the same time, there is now a debate going on all over the world about how far China’s displeasure will go due to the visit of US Congresswoman Nancy Pelosi to Taiwan. Along with this, the countries of the world also fear that after this visit of Nancy Pelosi, China may attack Taiwan soon. At the same time, the whole world is now caught in this maelstrom and doubts what China’s next move will be regarding Taiwan.

However, Nancy Pelosi, who arrived in Japan, on the other hand, said that there is definitely a dialogue between the US and the Chinese president. The necessary dialogue must take place between such two great countries. If we don’t talk about human rights in China because of commercial interests, we also lose all moral rights to talk about human rights anywhere in the world, he said.

Iker Rashifal Bengali, 14 August 2022: This zodiac sign is on the verge of success! Read the horoscope | Pro IQRA News