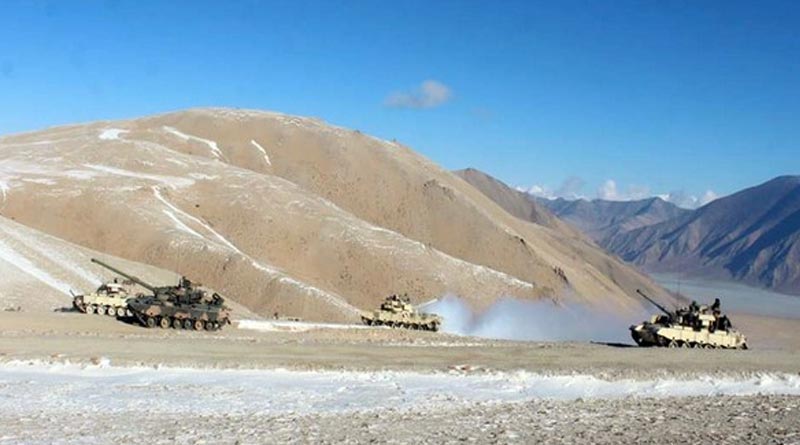 News Daily Digital Desk: In 2020, the Red Army (Chinese Army) was accused of stopping Indian shepherds near the Line of Control in Ladakh. Only then did China follow the path of intense aggression against the Indian army. This poor memory has again sparked accusations against China of mistreatment of herders in eastern Ladakh. Around which the mercurial pillar of tension rose again on the border.

What exactly happened? According to news agency PTI, on August 21, several Indian herders reached the Line of Control in Demchi in eastern Ladakh. They were on the territory of India. But the Chinese army strongly objected to their position. And take care of them. Due to this incident, there are fears of increased tension between the armies of the two countries in the area.

Bilateral relations between India and China only worsened after the Galwan Valley skirmish in May 2020. Since then, the border problem with Ladakh has also taken a serious shape. Despite repeated meetings, no solution was found. At the same time, there is a possibility of a meeting between Prime Minister Narendra Modi and Chinese President Xi Jinping on the sidelines of the SCO conference, which will be held in Samarkand on September 15-16. Since November 13, 2019, the two leaders have not met directly.

However, Jaishankar met his Chinese counterpart Wang Wai at the G-20 (G-20) conference held in Bali on July 7. A discussion is said to have taken place between the two regarding de-escalation of the tension on the Ladakh border. However, the aggression of the Red Army continues on several borders of Northeast India. In this situation, the international community is looking at the success of the Modi-Xi Jinping meeting. On July 7, 2017, the Doklam issue was resolved at the Modi-Xinping meeting on the sidelines of the G-20 summit in Hamburg. Diplomatic circles hope that the same will happen this time.