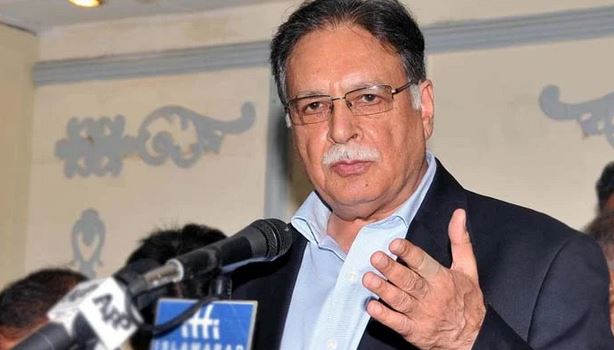 ISLAMABAD: Pakistan Muslim League-Nawaz (PML-N) leader Pervez Rashid has reacted to the alleged audio of Malik Riaz’s ‘Imran Khan’ message being conveyed to Asif Ali Zardari.
Pervez Rashid said that congratulations to those who are always abusing us that their hands are apologizing to Imran Khan, Asif Zardari through Malik Riaz.
He said that there was no objection to apologize, it was surprising that a so-called Sadiq and Amin were apologizing to an alleged accused.
It is to be noted that the alleged audio of the country’s famous property tycoon Malik Riaz’s ‘Imran Khan’ message to former President Asif Ali Zardari came to light yesterday. Malik Riaz says’ Peace be upon you sir ‘, the former president in reply says’ Peace be upon you, goodness?
After that Malik Riaz says, “Sir, I just had to tell you, I told you before, I have to talk to you, you said I will do it later, you had to give me information, I was told by Khan There were messages to patch up with you, today he sent me a lot of messages.
In response, the former president says, “It’s impossible now.” In response, Malik Riaz says, “No, it’s okay, just put it in front of you.”
During the conversation, Asif Zardari was heard coughing constantly.
What day is the conversation coming up? There is no definitive history, but analysts say that if it is a matter of days of mistrust, it is very important.

Institutions are trying to save the government of Hamza Shahbaz: Shah Mehmood Pi News