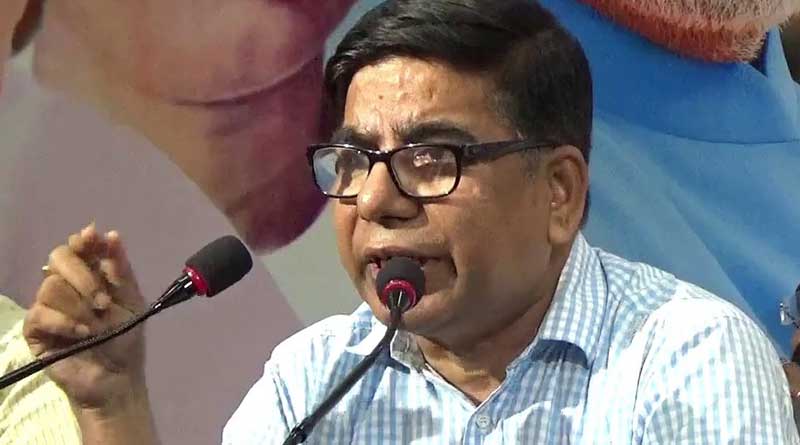 News Daily Digital Desk: West Kashmir files will then be created like The Kashmir Files. This time BJP MP and Union Minister of State Subhas Sarkar made such remarks in the debate. Trinamool leadership has strongly condemned his remarks.

The incident started on Sunday. On the same day, a meeting was organized on behalf of BJP in Puyabagan area near Bankura town. Union State Minister Subhash Sarkar spoke there. There he slammed the grassroots. There he said, “Trinamool is killing Trinamool. Burning alive. And the CBI is investigating him. This is the current situation in Bengal. ” Not only the grassroots, Subhash directly attacked the Chief Minister. “Every time you walk around the district, your house is on fire,” he said. The fire is blazing. ”

After that Subhash Sarkar said that he will continue to fight for the party. “We have to fight,” he said. Tell people about grassroots stigma. West Kashmir files will be created just like Kashmir files. It will be seen how people have been killed there. ” In the words of the Union Minister of State, “History is never suppressed. It will come out publicly one day. One day, the issue of torture in the West Bengal files will come to the fore. ”

Controversy has erupted over the remarks of the BJP MP and the minister. In this context, Minister of State Chandrima Bhattacharya said, “The BJP is taking care of itself in the name of PM care, look at that first.” Minister of State in the State Food Supply Department Jyotsna Mandi said, “Nothing has happened in West Bengal for which West Bengal files will be created. The ground has shifted from the soles of the BJP’s feet. That is why you are making such comments. “

Happy Birthday Jethalal: Dilip Joshi who once struggled for work is living a luxury life today

With Lautaro, Inter beat Lazio and protected the top of the table

Anand Mahindra was amazed to see a video of a person without arms and legs, offered a job

Voting for the fifth phase continues in UP, Rita Bahugana Joshi said – BJP will form the government with 300+ seats – News18 Urdu

Parks Canada to board the Calgary-to-Bonf train: Investors Pi News

Consolation to Ketki Chitale in the objectionable post case against Sharad Pawar – Marathi...

Shoot out at Dutta Pukur left one dead ProIQRA News

Demand for Central Election Commission to give the right to cancel the registration of parties – Marathi News | Let the parties de-register,...