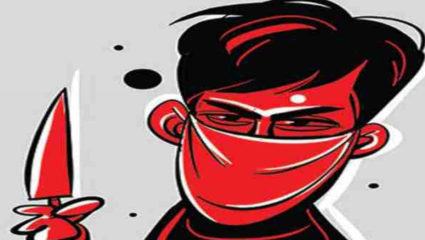 Akola. In order to keep a check on the perpetrators of criminal incidents by forming a team in the district, the officer-in-charge of Murtijapur city police station has registered crimes against two notorious criminals of Murtijapur area, Vishal Kathalkar (30) and Suraj Kathalkar (24), both residents of Purani Basti, Murtijapur. In view of the number, a proposal was prepared against him under Section 55 of the Maharashtra Police Act and presented to the Superintendent of Police from Akola district for two years.

Accordingly, Superintendent of Police G.Sridhar has issued an order for the two accused to be arrested from the district for two years. Accordingly, the police department has taken both those accused out of the district for two years. Action has been taken against 68 persons under the MPDA Act since Superintendent of Police G.Sridhar took over.

Similarly, till now action has been taken against 346 accused of 144 gangs under section 55, 52 under section 56 of Maharashtra Police Act, thus a total of 398 accused have been arrested. These actions have been the highest ever in the district.

Abhay Deol did anything for the promotion of films. ProIQRA News

Rohit Sharma, who is suffering from covid, is currently in isolation, in the final Test. ProIQRA News