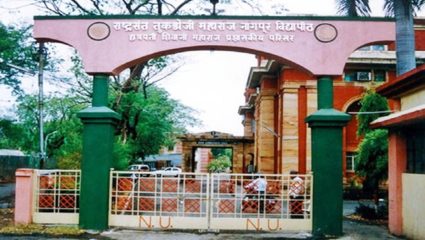 Nagpur. RTM Nagpur University celebrates centenary year. This year, the university granted the status of autonomy to 44 departments of postgraduate education. Due to the autonomy, the departments will now be able to update the syllabus from time to time along with the exam, although this will improve the quality, but due to lack of staff, there will be many problems. The number of permanent professors in many departments is worth counting on the fingers. Departments function on the basis of part-time employees. Because of this, questions arise regarding the decision of the university itself.

The celebration of the centenary of the university starts on August 4. During this, various programs will be organized throughout the year. The university has also developed plans to improve academic quality. The university decided to implement a new educational policy from this session. Autonomy of PG departments is a good step but shortage of faculty will be a major problem.

If the government is not serious about filling vacant posts, on the other hand, the efforts of the university management are not enough either. The autonomy issue of Laxminarayan Institute of Technology (LIT), considered the pride of the university, is still pending. Although in the past the assessment was carried out by NAAC, the shortage of teachers remained an obstacle to development for many years.

Not only full-time professors in some departments

Out of the total number of sanctioned 555 positions in the university, 330 positions are vacant. There are 243 positions of professors. Of them, only 103 positions have been filled. 11 of 23 in Department of Pharmacy, Barry. Sheshrao Wankhede B.Ed. 14 out of 21 in the college, only 1 out of 10 in the linguistic department is a full-time professor. Sanskrit, Pali and Prakrit, Sociology, Philosophy, Microbiology, Statistics, Gandhian Ideology, is the only professor in the Faculty of Fine Arts.

Satta King Online: What is Satta King? Why is there so much hype surrounding this game? How to find out the results...

A worker was electrocuted while installing the Tricolor in Chhattisgarh. Sangbad Pratidin | Pro IQRA News

Annual recharge plan, no need to recharge every month! ‘These’ three cheap plans come with a one-year validity, the benefits are huge –...