Deprivation of liberty The woman was imprisoned for 3 years, the senior inspector was attacked | Pro IQRA News 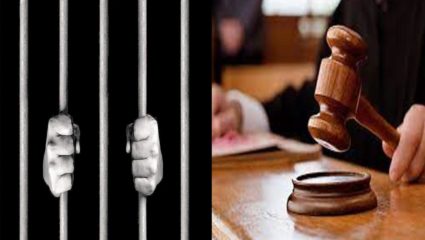 Nagpur, On receiving information about the dispute, additional meetings and district judge R.R. Bhosale found the accused woman guilty and sentenced her to 3 years in prison. On April 19, 2015, the Dhantoli police registered a case against Sandhya Rajesh Masane (42), a resident of Tipu Sultan Chowk, Yashodharanagar, under various sections on the complaint of Sub-Inspector Alka Dengre.

A former resident of Samartgarh, Sushma Dore, complained to the Dhantoli police that Sandhya and her daughters used to come to their house and fight. He mocks them and demands money. Dengre with his team arrived at the place. He tried to convince Sandia, but she started insulting and beating him. A criminal case was opened against Sandhya and she was arrested. lady deputy inspector S.G. Lande conducted an investigation and filed an indictment with the court. Prosecutor Liladhar Shendre managed to prove the charges. Constable Ankush Hiranwar and Achal Khargule have taken over as lobbying officers. The court convicted Sandia on 3 counts.