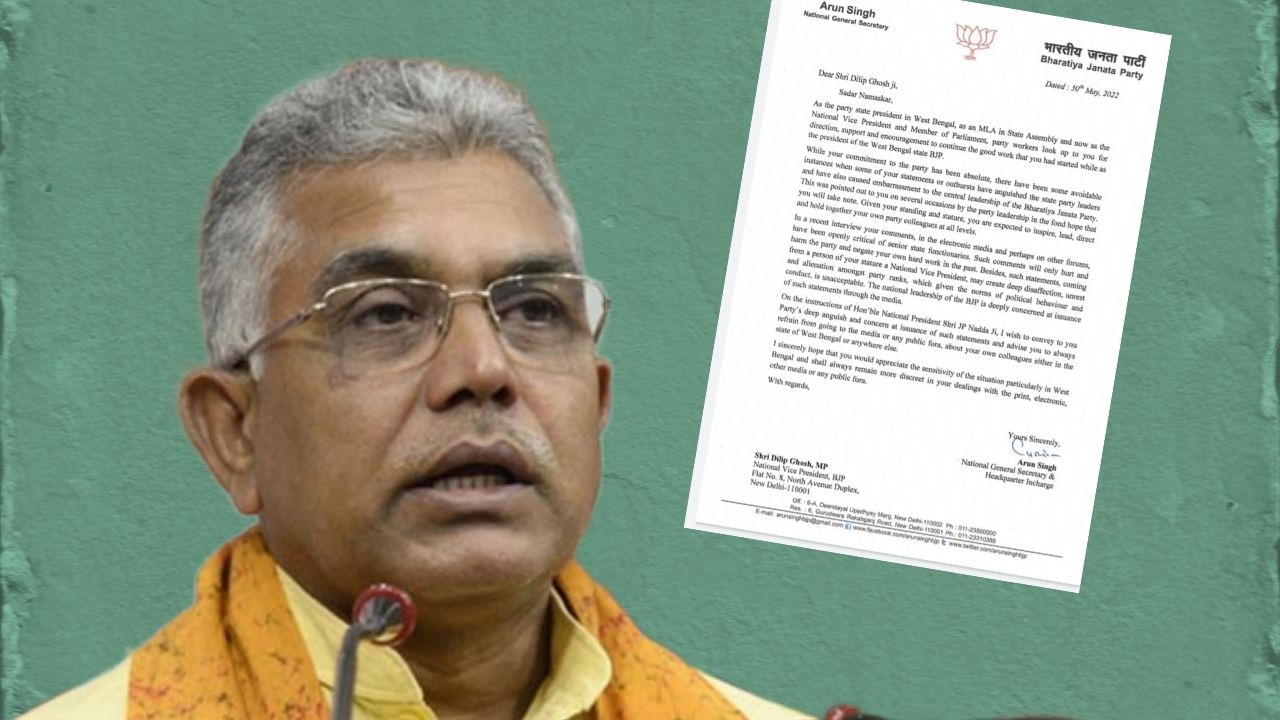 Calcutta : BJP’s all-India vice-president Dilip Ghosh has been tasked with strengthening the party’s booth-based organization in eight states. Bengal is not in the list of those eight states. There has been a lot of controversy about that in the inner circle of Bengal politics. Dilip Ghosh also had to listen to slanted slashes. Meanwhile, a letter from the BJP’s central leadership has come out, which has been sent to Dilip Babu. The letter came from the party’s all-India general secretary Arun Singh. While acknowledging Dilip Ghosh’s contribution to the party, some of his remarks have left the BJP’s state leadership and central leadership in disarray. In this situation, the BJP central leadership instructed Dilip Ghosh to be more restrained while opening his mouth in front of the media.

The letter from the central leadership said that Dilip Ghosh had been told about this several times before. It was hoped he would take the matter seriously. As his incumbent, he is expected to inspire and guide the team at all levels. The letter, sent to Dilip Ghosh, sternly said that part of the state leadership had been publicly criticized in a recent electronic interview with the party’s all-India vice-president. Such remarks will not only hurt the team, but also the work that Dilip Ghosh has done for the team in the past.


In this situation, the BJP central leadership has instructed him not to make any such remarks against his colleagues in West Bengal or outside the state. The letter said the decision was taken on the instructions of the party’s all-India president JP Naddar. Dilip Ghosh has been instructed to be more restrained while talking to the media. Dilip Ghosh is currently in Kharagpur. When asked about the letter, the BJP’s all-India vice-president said, “I have not received any such letter yet. If found, I will answer about this. ”

The government has announced to bring many other sectors, including small shopkeepers, into the tax net Pi News