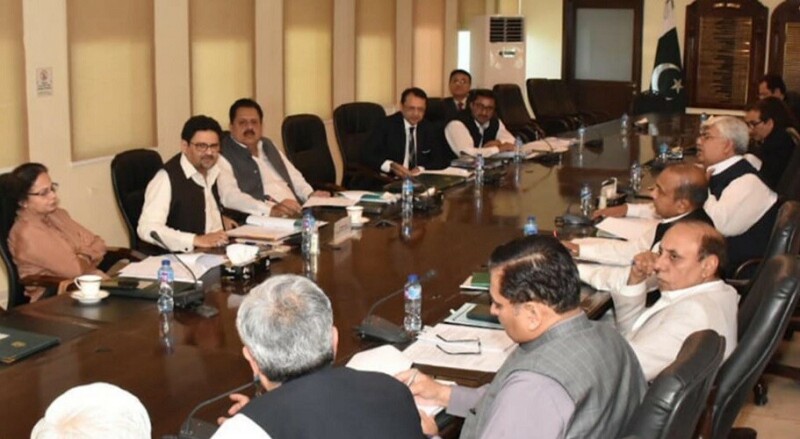 A meeting of the Economic Co-ordination Committee of the Cabinet was held in Islamabad on Tuesday under the chairmanship of Finance and Revenue Minister Muftah Ismail. Secretaries and senior officers attended.

The meeting was briefed on the immediate advice on the second international tender issued on July 1, 2022 by the Ministry of National Food Security and Research for the procurement of 500,000 metric tonnes of wheat. PTE / Kargil Agro Foods Pakistan was approved to purchase 110,000 metric tonnes of wheat at 43 439.40 per tonne on the lowest bid of Messrs. Kargil International in view of the declining trend in prices of wheat.

At the meeting of the Economic Co-ordination Committee, a summary was presented by the Ministry of National Food Security and Research on the procurement of 120,000 metric tonnes of wheat for Afghanistan in the context of WFP operations, purchases and reservations.

In view of the ground situation in Afghanistan, on the basis of humanitarian sympathy, the ECC also approved the purchase of 120,000 metric tons of wheat for Afghanistan at the final import price from Pasco’s import stock, the amount of wheat provided and in case of accident The cost will be charged in US dollars, the wheat will be crushed locally in flour mills and later it will be supplied to Afghanistan in case of easing of exports.

At the ECC meeting, a summary was presented by the Ministry of National Food Security and Research on declaring limp skin disease in cattle as a National Disease Emergency.

The committee, after a detailed review, directed the ministry to hold a meeting with the provincial secretariats of NDMA and prepare a cast sharing plan in the light of its findings.

The meeting presented a summary of the Ministry of Commerce regarding the release of consignments of certain items arriving in Pakistan after the ban on import of certain items on May 19, on which the ECC had only once to resolve the hardship cases. Special permission has been given to release consignments stranded at ports. This will apply to consignments arriving at Pakistani ports before June 30.

At the ECC meeting, in the light of the importers’ hardship cases on the summary of suspension of certain conditions on import of timber / timber as per the Export Policy Order 2022 by the Ministry of Commerce, the ECC decided that Imports of goods from 4401 to 4409 will be suspended till August 31, 2022.

The Economic Co-ordination Committee also approved the summary submitted by the Ministry of Commerce regarding the amendment of paragraph (1) 3 of the Import Policy Order regarding the import of certain items from Afghanistan in Pakistani Rupees for a period of one year.

At the meeting, the Ministry of Industries and Production presented a summary on the continuation of the Cheap Flour Initiative in Khyber Pakhtunkhwa under the Prime Minister’s Relief Package 2020 and the expansion of the network of utility stores across the country. The ECC approved the subsidy on 5 essential items and directed the Ministry of Industries and Production to formulate a workable plan for the subsidy program as per the financial capacity.

The Economic Co-ordination Committee meeting also approved the summary of the Ministry of Information Technology for the auction of Next Generation Mobile Spectrum. In this regard, the committee will be chaired by the Federal Minister of Finance. The meeting also approved a supplementary grant of over Rs 193 billion for the Ministry of Economic Affairs to repay external loans.

If you are looking for a car, you are now in...

Imran Khan is dividing the nation, the nation should identify him,...

1 Investment You Should Have at Every Age – GOBankingRates |...

If you are looking for a car, you are now in...

Trying to attract more people to join the workforce | Pro...

8 people die of COVID-19 in NL’s deadliest update since April ...

Bella Italia opened the restaurant inside the pub Brewery Bar in...

The trade deficit is reduced by more than 18% under the...