“Ciclo de carga”: the short that evidences the working conditions of the stevedores in Iquitos won as the best documentary short at the Peruvian Short Film Festival 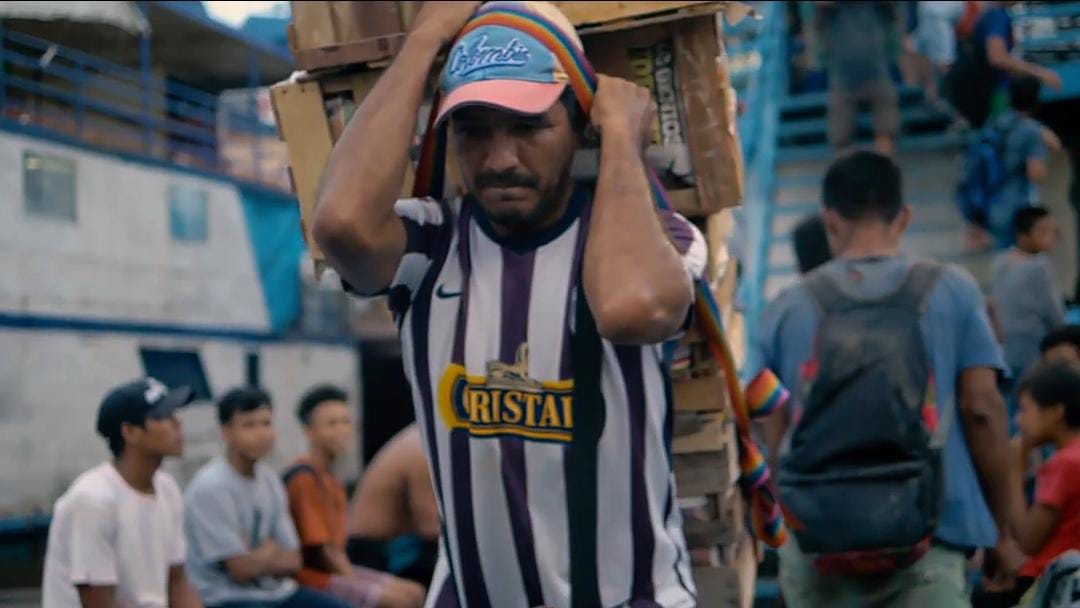 Pinhole Producciones together with the University of Sciences and Arts of Latin America (UCAL), organizers of the 8th edition of the Peruvian Short Film Festival, announced the winners of the international short film competition, in which more than 200 representatives from different countries. The short “Ciclo de carga”, directed by Daniel Martínez and Quintanilla Pérez, was selected as “Best Documentary Short Film 2021”.

Charge cycle, Peruvian short film, made in collaboration with Spain, tells the daily odyssey of the chaucheros (stevedores) of the Port of Masusa (Iquitos), who day by day make titanic efforts under the scorching sun and Amazonian rain, without the help of wheels or cranes that alleviate the weight of up to 200 kg on their backs, submerged in a noisy wreck of exploitation, to collect products and food from the ships that arrive at the port to supply the city of Iquitos.

In this eighth edition of the festival, which had the support of the Ministry of Culture, the following projects were also selected:

The 31 finalist short films were part of more than 200 shorts received from countries such as Peru, Mexico, Colombia, Brazil, and South Korea. The winners were chosen by the prominent jury made up of actress Katia Salazar, screenwriter Úrsula Vilca, Peruvian director Eduardo Mendoza, director Jordi Valdés and film critic Raúl Ortiz.

To learn more about the festival, go to www.cortoperuanofest.com.