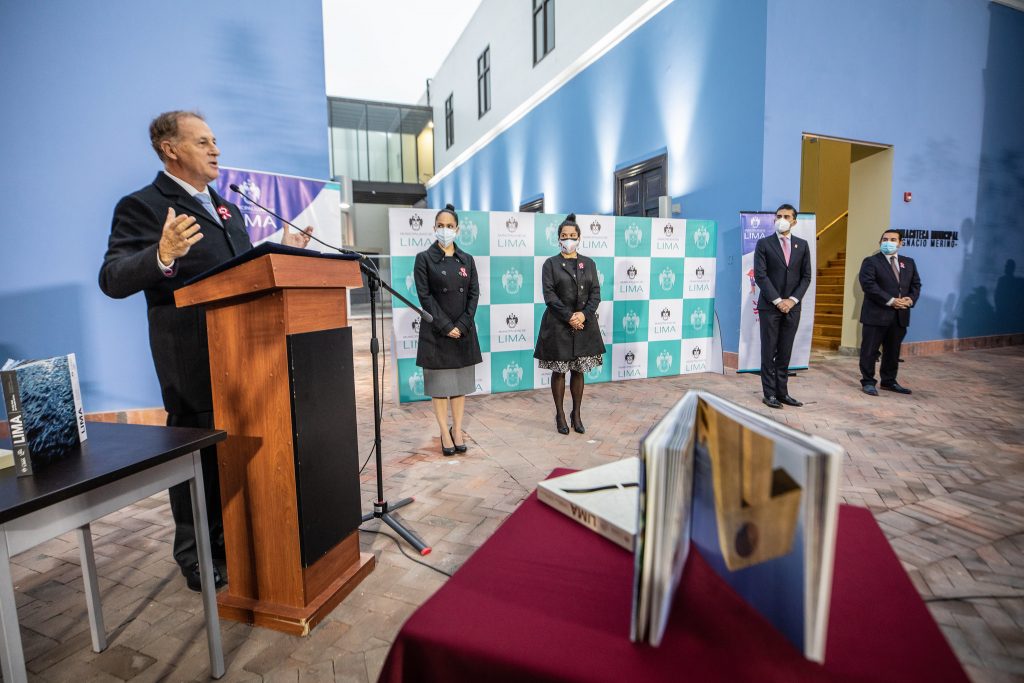 The opening ceremony was attended by the mayor of Lima, Jorge Muñoz, who presented the book A visual journey through the capital of Peru, edited by Emilima, a publication that addresses the city from its colors, textures, places and characters.

The book, which is part of the new Editorial Fund, presents the images of the renowned photographer Musuk Nolte, whose sequence refers to a Lima that today has everything necessary to make its neighbors feel proud.

Visits to the new headquarters of the Municipal Gallery

The public will be able to visit this important art collection on Tuesdays, Thursdays and Saturdays, from 10 am to 4 pm In the first stage, admission will be free of charge, prior reservation at https://www.descubrelima.pe/pinacoteca/ or by phone 986 861 751.

In the first rooms, visitors will be able to appreciate the formation processes of the art gallery since its foundation, and its relationship with the city of Lima. A monumental six-meter-long canvas will welcome: Lima city, by the painter Guilermo Tasset and produced in the mid-19th century, it shows an impressive panoramic view of the capital.

Then the visitor will go to the room dedicated to the consecrated watercolorist Francisco ‘Pancho’ Fierro, who prints the types and customs of Lima in his works with singular talent. Later on you will see the six exhibition rooms dedicated to the Piura painter Ignacio Merino, the central axis of this tour.

The presence of Merino was gravitant in the formation of new values ​​in 19th century Peruvian art that are exhibited in the following rooms, dedicated to academic painters. Then there is the space of the indigenistas, whose contribution to the arts had a substantive scope in the construction of national identity.

The tour ends in the room dedicated to the new generation of Peruvian painters, who since the late 1930s sought new alternatives and forms of expression, in contrast to the indigenous proposals promoted by Sabogal.