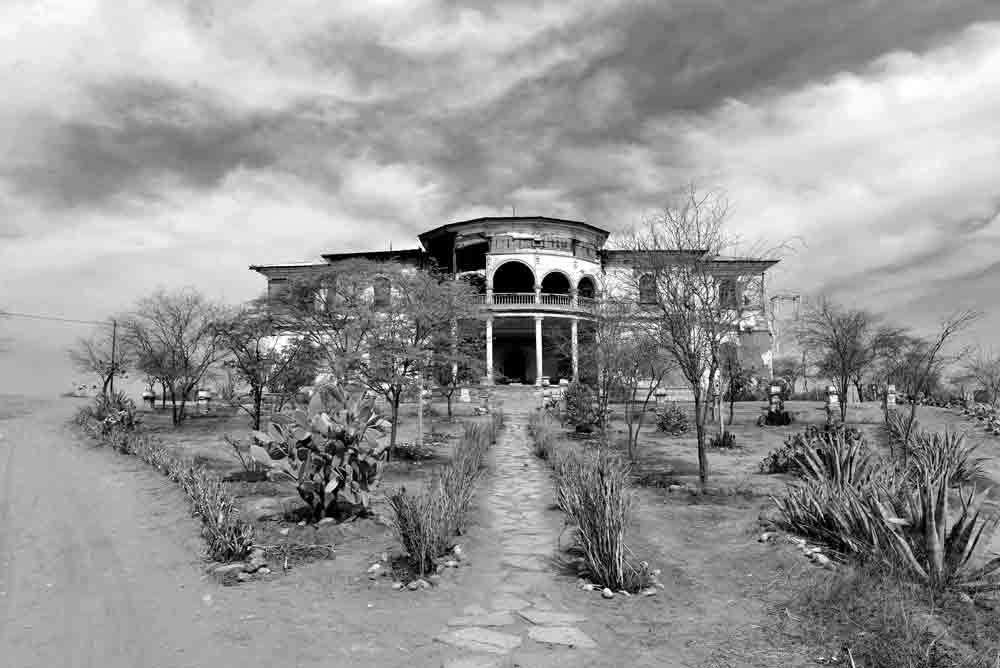 A collection of dishes intervened by distinguished Peruvian artists is the new effort that the Sojo Cultural Association is making to save this historic house in the Chira river valley in Sullana, Piura.

This week, the IMPAKTO Gallery (Av. Sta. Cruz 857, Miraflores, Lima) inaugurated the exhibition that seeks to raise funds with the sole purpose of saving the house of the former making Sojo from the collapse of the infrastructure, damage caused by the Phenomenon of Niño from 2018 – 2019 and for the last earthquake that occurred on July 30, 2021 and whose epicenter was precisely Sojo. Previously it was affected by the Agrarian Reform, the crisis in the countryside and the economy.

The collection of dishes “is a solidarity initiative,” says Carlos Checa, director of the Sojo Cultural Association, an organization without resources but that watches over the house and points out that the efforts have been going on for 50 years. “We have been in an emergency since the 70s, but now we are in the ICU. We don’t stop because what we want is to save this heritage ”.

Those interested in supporting this cause can subscribe to the Sojo Cultural Association and those who acquire the collection will receive a valid donation certificate for tax deduction.

The Sojo farm house was built between 1906 and 1910 and the owners date from colonial times. Its designer is Ginocchio Albuerqueque, a native of Sojo and a descendant of Genoese. Connoisseurs of the different architectures point out that the style of the house is “eclectic Palladino”.

For its construction, at the beginning of the 20th century, innovative techniques and materials were used for those times. Among them, bricks and steel beams that were combined with what was traditionally used to build, such as quincha, algarrobo, adobe and Guayaquil cane.

Carlos Checa leads the battle to rescue this large house declared Cultural Heritage of the Nation in 1974, with the idea that in the future it will become a cultural center, a museum of Talán culture and why not a tourist destination for both travelers national and foreign.

The exhibition at IMPAKTO Gallery will run until Thursday, September 23 but there is a possibility that it will be extended for another week.