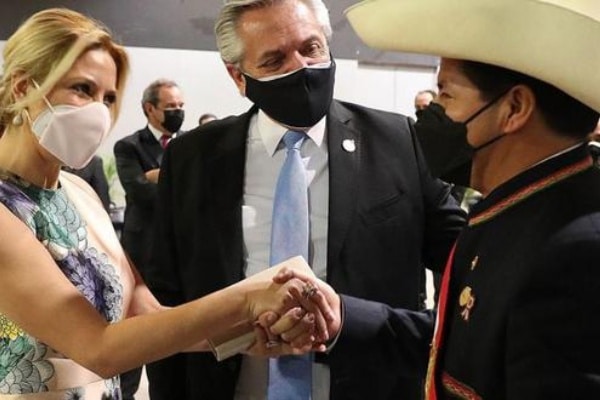 The Argentine journalist, Tato Young, confused the President of the Republic, Pedro Castillo Terrones, with a mariachi when commenting on a photo in which he appears with the first lady of his country, Fabiola Yáñez.

The presenter of the La Mesa de las 9 newscast was commenting on the photos of the Argentine presidential couple when he saw the image in which Yáñez greets the head of state. “This what, with a mariachi?” Asked the communicator.

He was then corrected by his companions. “No, this is the president of Peru,” they pointed out.