Health Canada is warning the public about counterfeit rapid antigen test kits after several were sold in Ontario.

Health Canada said the fake kits were sold online by Healthful Plus, which did not have the required license to import, distribute or sell medical devices in the country.

“The safety and efficacy of these counterfeit kits have not been assessed by Health Canada,” the advisory said, adding that the agency had contacted BTNX and confirmed that these kits were fake.

Health Canada said the person who purchased the products confirmed that the kits were for personal use and that all 435 boxes of the 25-pack test kits were sent to the agency for compliance tracking. 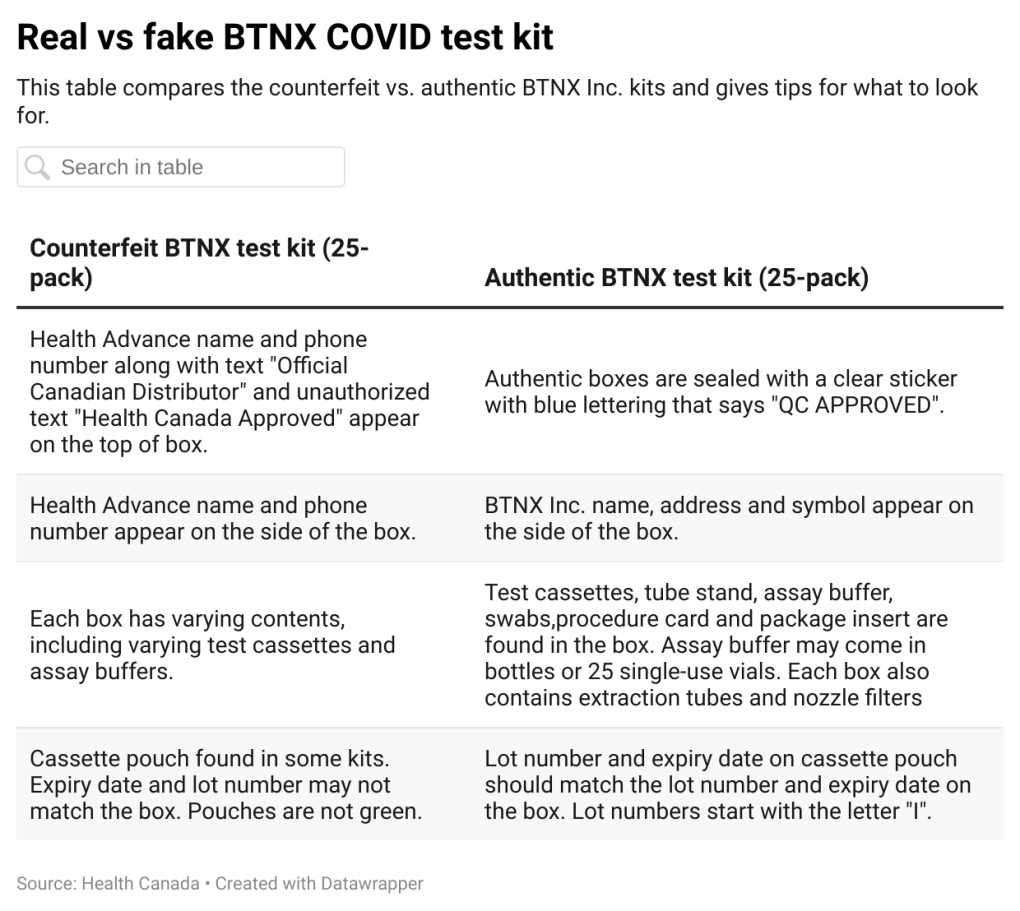 “Heath Canada is informing the provinces and territories of this issue, as well as medical device licensees, and advising them not to purchase from or further distribute the two companies,” the advisory said.

Health Canada noted that there is no evidence to suggest that counterfeit kits have been distributed elsewhere in the country.

Those who use test kits from Health Advance Inc. or purchased Healthful Plus are asked not to use it, throw it away and report it to the agency.

They can also do it at BTNX Inc. report by calling toll-free at 1-888-339-9964 or emailing [email protected] with the subject line “Suspected Counterfeit BTNX Tests.”