Farouk Jaafar opens fire on Mortada: “You are a people, and if you find fields, you would go to the Sphinx apartment, what would you do?

The former Zamalek star, Farouk Jaafar, responded to the statements of Zamalek club president, Mortada Mansour, against him.

Jaafar said, “The fans of Zamalek must know that the president of their club has been a member of Al-Ahly Club since 1970, and I contributed to granting him membership in Zamalek with Nour Al-Dali and Hanafi Bastan, in 1992.

Jaafar continued, “Saleh Selim suspended his membership in Al-Ahly when he was dismissed from the prosecution, and Mortada returned to Al-Ahly after the death of the maestro, and to this time I confirm that Mortada is still a working member of Al-Ahly Club.” The former Zamalek star: “Mortada is a liar, he was my wife’s lawyer in the case against me, and he came to the prosecution on behalf of my wife.”

Jaafar concluded his statements by sending a fiery warning to Mortada, in which he said, “If I don’t, I will turn the table on you, and I will say that you were leaving Sphinx’s apartment with Counselor Mahmoud Abdullah, what are you doing? Would you like to say?” 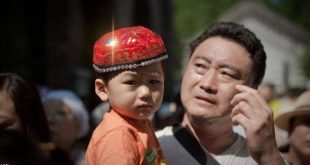 Nazik Shawqi applies to this man like necessity is the mother of invention, as a Chinese man managed to…

The first phase of PSL is planned to start from January...

The opposition after Barinas |

Important instructions issued by the administration of the two holy shrines