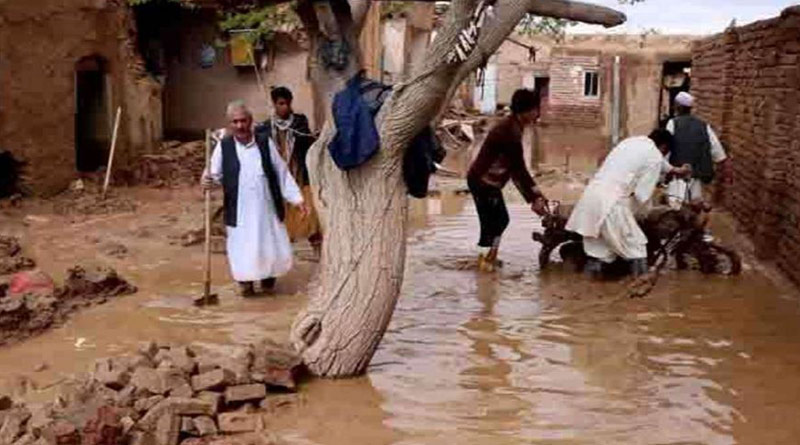 News Daily Digital Desk: This time it was raining continuously after the terrible earthquake (Earthquake). Due to which heavy floods in Afghanistan. At least 400 people have been killed in the floods. That is what the Taliban government of that country has said. All in all, the country of Kabuliwala is devastated by natural disasters.

Yesterday, Tuesday morning, a strong earthquake shook Afghanistan. This is the first time since 2002 that a magnitude 6.1 earthquake has shaken the country. The death toll has already risen to nearly a thousand. Although the rescue operation has started, many people are reported to be stuck in the rubble. In this condition the rain has started. As a result, the rescue operation was severely hampered. Relief supplies are not being delivered to stranded Afghans. The situation is becoming increasingly unfavorable. Hedayatullah Paktin, an Afghan journalist and political analyst, says ordinary people in those parts of Afghanistan are so poor that they build houses with soil, stones and other materials. Pucca houses are rare here. Therefore, almost all the houses have been damaged due to the earthquake.

It started raining on Tuesday afternoon. The amount of rain increases further at night. Roads have been damaged in many places due to the earthquake. It also collapsed. The floodwaters inundated it and made the situation worse. Poverty in the Taliban-era country has reached its peak. It is believed that the quake and its aftermath caused severe damage to public life.

The epicenter was reported at about 44 kilometers from the Afghan-Pak border town of Khost. Paktia province has suffered the most. Since most of the houses there are mud houses, many houses have been seen collapsing due to the earthquake. The area has practically taken the appearance of ruins. Hundreds of bodies wrapped in blankets were found. The house is just a mound of rocks. It looks like Afghanistan has turned into hell. The situation became more dire after the rains. In all, more than 30,000 people in the country have been affected by the disaster.