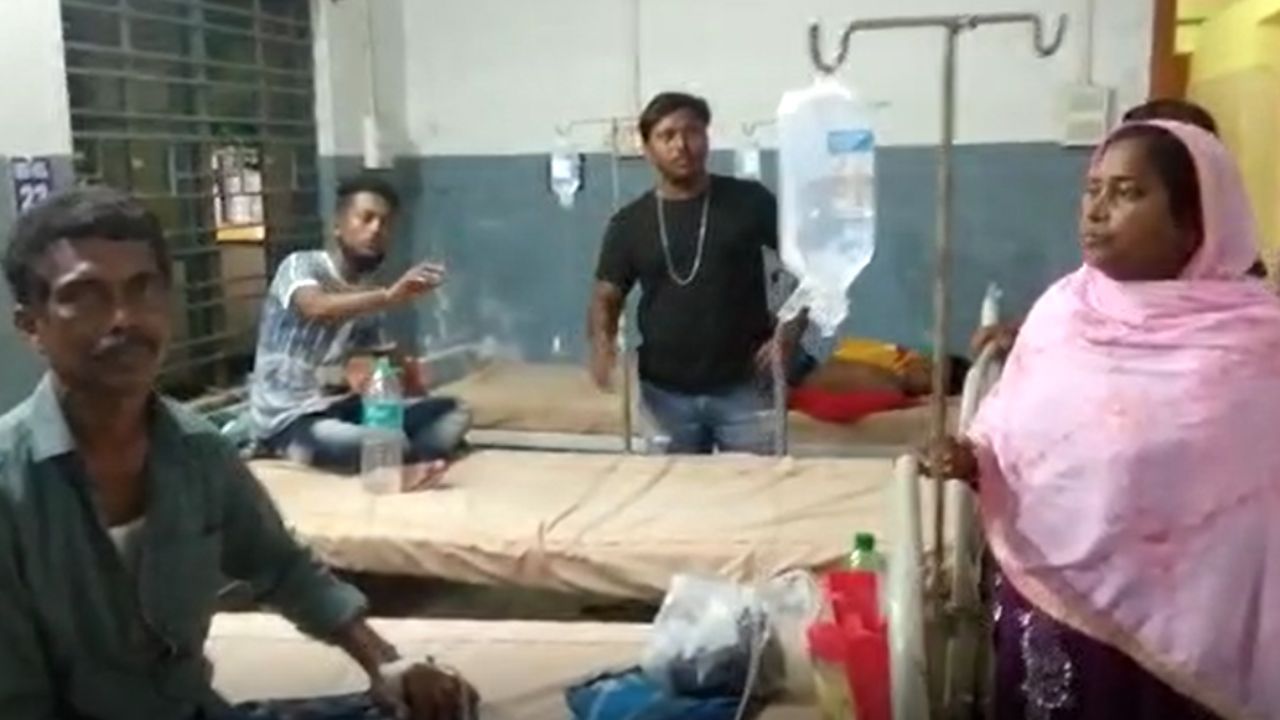 Deganga: Incident in South Amulia Sheikh Para area of ​​Amulia Gram Panchayat of Deganga in North 24 Parganas. It is learned that Sheikh Rezaul Haque has been living in the area for a long time.

Deganga: Rui bought big fish from the market and went home. Well cooked food can be frozen and eaten with shrimp and potato. But not. Didn’t understand the danger that is hidden in food. The result was hospitalization. A total of five persons including children, men and women of the same family were admitted to Deganga Bishwanathpur Hospital with vomiting, diarrhea and fever due to food poisoning at home. The condition of two of the women is very critical.

The incident took place in South Amulia Sheikh Para area of ​​Amulia Gram Panchayat of Deganga in North 24 Parganas. It is learned that Sheikh Rezaul Haque has been living in the area for a long time. On Thursday evening, Rezaul bought Rui fish and squid from a local market. At night, curry is cooked with potatoes and fish in that rui shrimp. All the members of the family eat dinner with that curry.

Then on Friday night everyone started having stomach ache, vomiting and diarrhea. The family members were admitted to Bishwanathpur Hospital in Deganga on Saturday evening in critical condition as the fever and abdominal pain and vomiting did not subside despite treatment by a local doctor.

Other family members claim that such an accident has occurred due to a poisonous substance in the food. The condition of two of the five members of the family is said to be critical. Medical officer of Degangar Bishwanathpur Hospital Supratim Roy said five members of the same family were admitted in critical condition. But at the moment everyone’s condition is stable. Such incidents from food poisoning.


A member of the family said, ‘I bought live Rui fish on Thursday. I eat that cooked food at night. After a while the body becomes bad. I showed the doctor until Friday morning. Nothing worked. Later everyone had to be admitted to the hospital. Everyone in our house is hospitalized. Everyone has stomach ache and vomits. ‘

8 Ministers of Shinde group have charge of additional portfolios. Which account has which minister? I want to know | Pro IQRA...