Forest fires in Turkey cause honey production to decline 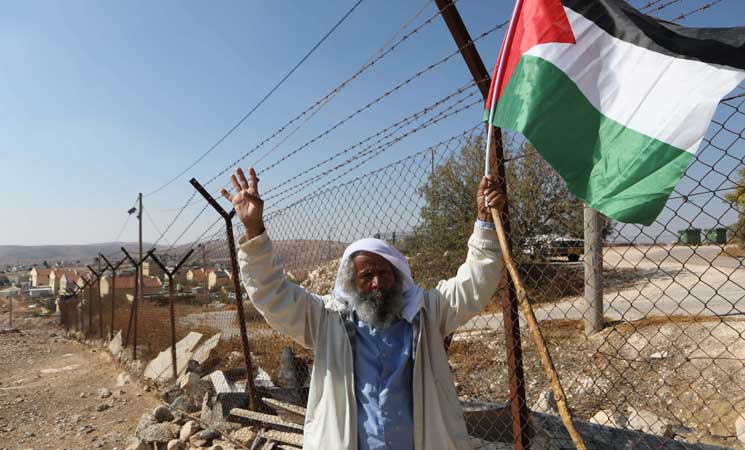 Ramallah – Awad Rajoub: He leans on his stick and slashes his sheep with it. He has other purposes, including threatening them in front of those who occupy his land and threaten his existence. He is the elderly Palestinian Suleiman al-Hathlin, from the village of Umm al-Khair in the Hebron Governorate, in the far south of the West Bank.

Wearing his keffiyeh and holding his staff and the Palestinian flag in its four colors, Al-Hathlin, 69, participates in fighting the Israeli occupation forces, every time his village and the neighboring Palestinian villages and communities are attacked by the occupation and settlers. 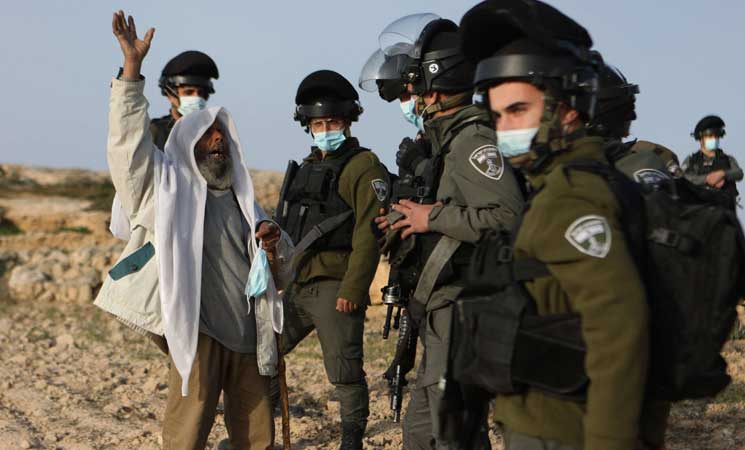 “Oh God, free the captives and the prisoner (Al-Aqsa)” are words that the Hathaleen do not stop chanting, raising his hand and taking from his fingers a special motto: He closes the fingers of his right hand, and keeps the thumb straight.

Khirbet (small village) “Umm al-Khair”, where al-Hathaleen resides, is located to the east of Yatta town, south of Hebron, and has been inhabited by the al-Hathaleen clan since 1956, and its suffering intensified by the establishment of the “Carmiel” settlement on their lands.

The Khirbet has been subjected to more than 15 demolitions, and its owners are not allowed to change any of its landmarks when the West Bank was occupied in 1967. In fact, settlements are encroaching on it and besieging it.

“The Israelis are a usurper entity that plundered our Palestinian land,” Al-Hathlin says in his dialogue with Anatolia, in his primitive home adjacent to the Israeli settlement, while a barbed wire fence separates them.

The elderly fighter speaks his Bedouin dialect. He comes from the Arab Jahalin tribe, which was expelled from its lands in the Arad region in southern Israel in 1948. Thousands of its members settled in the eastern areas of the West Bank, but the threat haunts them.

Al-Hathaleen says: “They do not want anyone to raise their voice. This land was trodden by the Prophet (Muhammad), peace and blessings be upon him,” in reference to the Al-Isra and Al-Miraj incident.

Al-Hathalin was famous in the media for his frequent arrests and abuse by the Israeli occupation army in the activities that reject settlements, and he is usually released on conditions hours after his arrest. 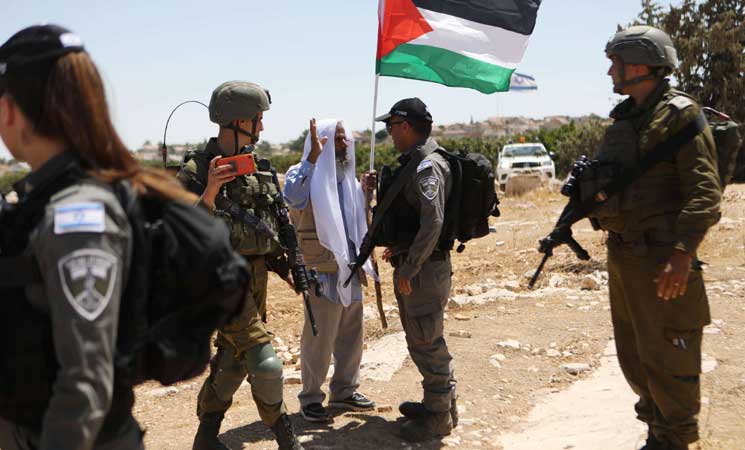 The man points out that the Israeli occupation authorities have carried out demolitions in the village of “Umm al-Khair” 15 times. He continued, “If we give them all of Hebron and Nablus, they would not have had enough. They want even the Euphrates (in Iraq) and the Nile (in Egypt).”

He adds: “The occupation is attacking us by force of arms. Without the arms, we would not have left them for one day.”

The elderly Palestinian does not consider that resistance to the occupation is limited to a specific age group, and pledges to continue on the same path as he gets older, “I cannot change the established rule, I fight for this land.”

He adds that he was arrested several times, and each time he signs a pledge not to return to the same place, but he returns: “They arrested me many times.

He points to the many fines imposed on him because of his participation in the popular resistance, numbering in the thousands of shekels (one US dollar equals 3.24 shekels).

He adds: “We are all suffering, all the Palestinian people, and I participate to the greatest of their strength: their gray hair and their youth, so that we do not falter.”

“I promised God, in this land, that I would resist there to the last breath, and I would ask God for a testimony that angered the enemy and pleased the friend,” a phrase repeated by Suleiman Al-Hathaleen in his speech.

And he continues crying: “I will not rest, I will not kneel as long as blood flows in my veins (..) Who does not love his homeland? This is our homeland, the homeland of our fathers and grandfathers. I love the holy land of the beloved, (which is) an Islamic endowment, the land of Omar (Ibn Al-Khattab).” 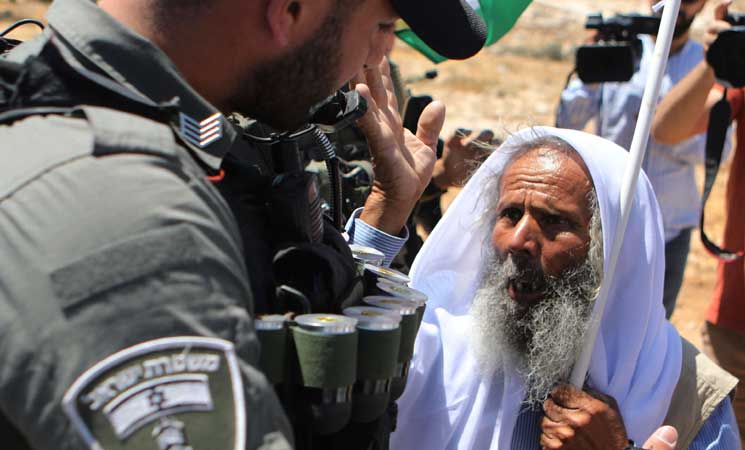 The occupation policies in settlement expansion and land confiscation and declaring them military lands not only deprived the Al-Hathaleen and other clans of vast areas of pastures and agricultural lands, but also surrounded them in small closed gatherings without allowing them even infrastructure services.

According to the data of the Protection and Resilience Committees, south of Hebron, there are 22 Palestinian communities (rural and Bedouin) east of Yatta town in areas classified as “C”, inhabited by about 15,000 people, and subject to restrictive policies.

Israel prevents any change in these areas without its permission, which is often not obtained.

Israeli and Palestinian estimates indicate that there are about 650,000 Israelis in West Bank settlements, including occupied Jerusalem, in 164 settlements and 124 outposts. 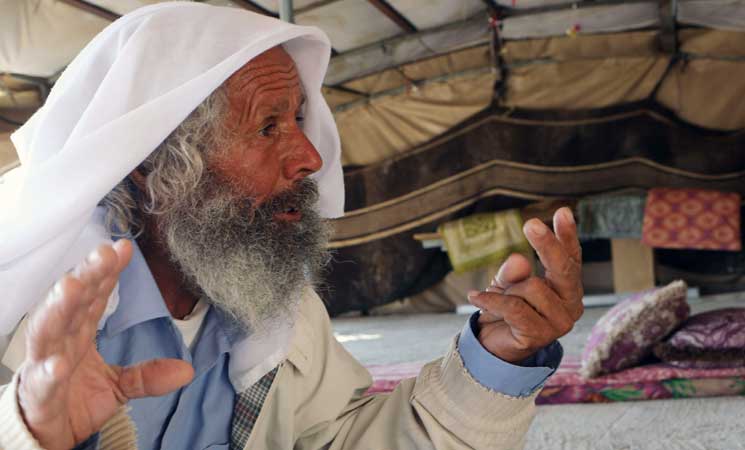 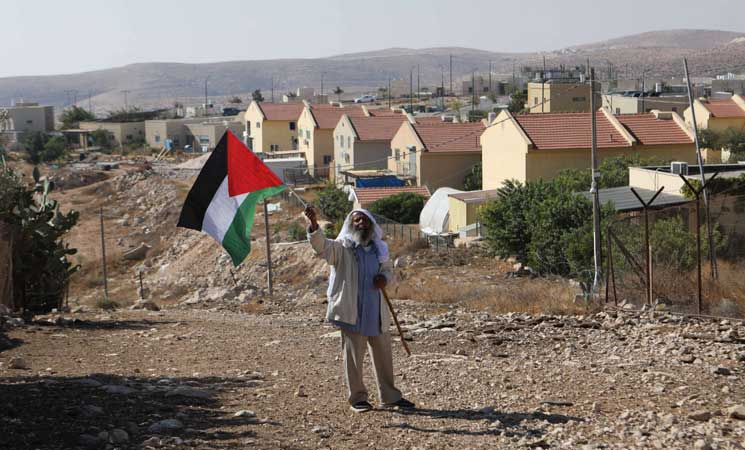 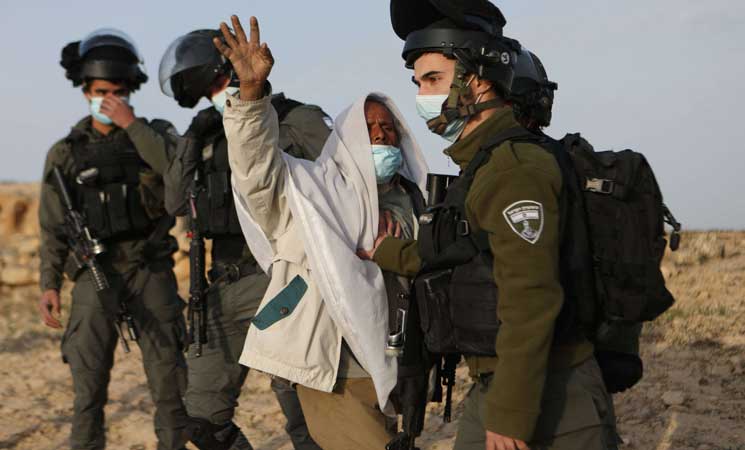 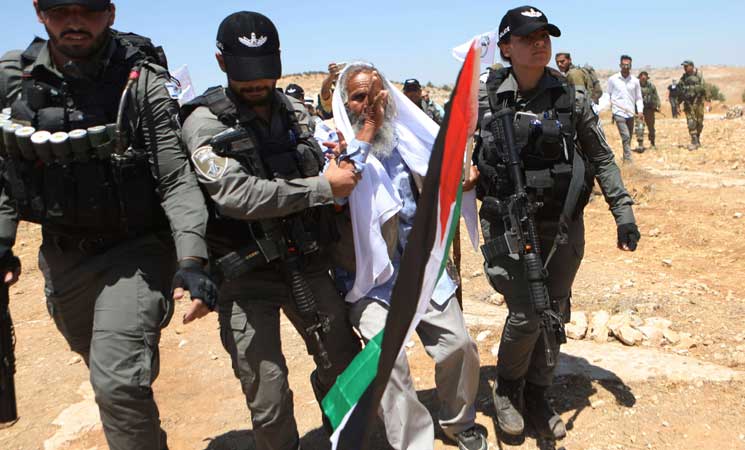 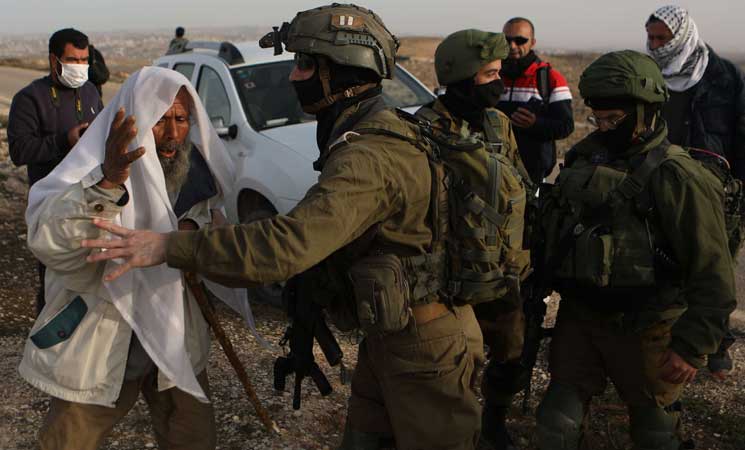 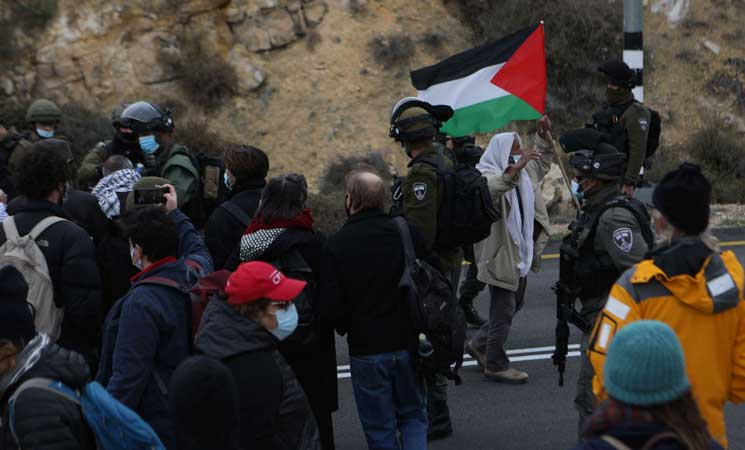 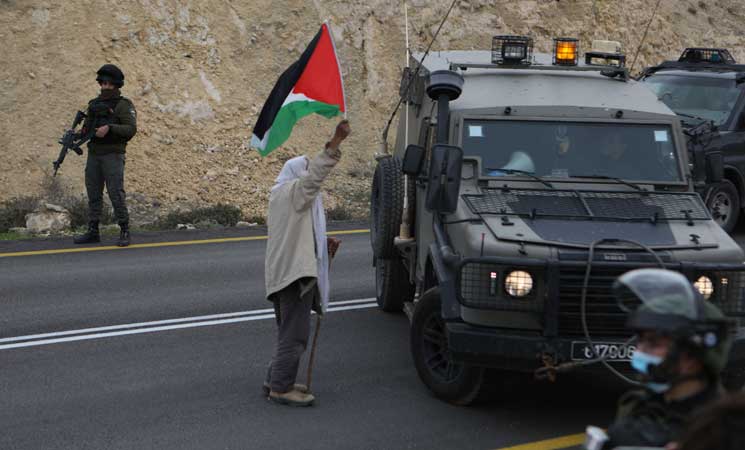