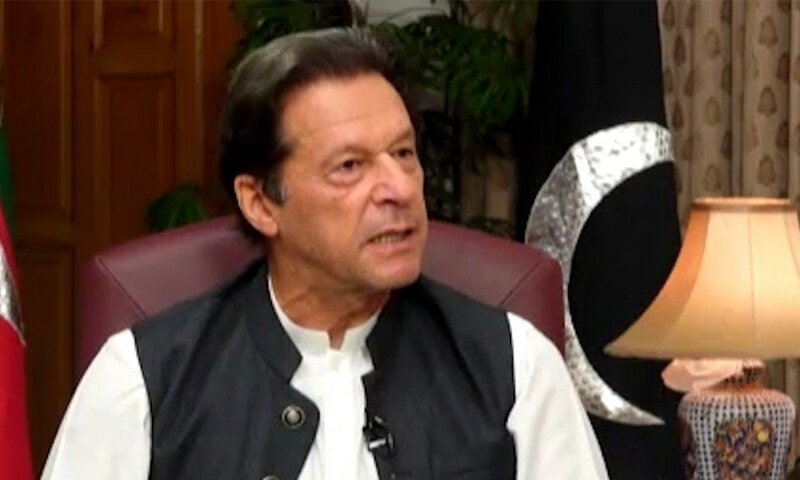 Former Pakistani Prime Minister Imran Khan, who was impeached by the united opposition in April this year, has said an overhaul is needed to “change Pakistan”, stressing the need for “specialists” to help transform the economy.

In an exclusive interview with Rani Mubashir from News Aaj and Ali Khizar, head of the scientific department Business recorderKhan said his government tenure was a huge learning experience, admitting that the bureaucracy lacked experience.

“My previous 3.5-year tenure was a tremendous experience,” he said in an interview that aired Saturday. “The first year was the hardest because I realized that our bureaucracy lacked experience. We had no experience in the IT sector.

“When you bring people from abroad, you have to do it in advance. When you’re in government, firefighting takes up most of your time, so it’s hard to get people involved. This time we have started the exercise immediately,” Khan said, outlining a rough economic road map as he aggressively calls for fresh general elections.

The head of the Pakistan Tehreek-e-Insaf (PTI), whose party was accused of economic abuses when the opposition moved a no-confidence vote but who insists a “foreign conspiracy” was the trigger, admitted he was ill-prepared because he had “not been in government’ when he won the 2018 general election.

During his tenure, Khan was heavily criticized for constantly shuffling his economic team, including the head of the Federal Revenue Service and the finance minister.

“In America, when (Joe) Biden’s administration came to power, he was presented with various departments for 2.5 months.

“His team was already in place and he knew where the loopholes were.

“I was not well prepared because I had not been in the government before. We learned in the 3rd and 4th courses and expanded. We avoided the crisis. When we got kicked out, we had big plans. We had expansion plans. industry If I come to the government again, I will turn it around,” he said.

However, Khan emphasized that during an international crisis, problems will inevitably arise.

“Against the background of the international crisis and low reserves and exports, if world energy prices rise, of course there will be problems. England, America and Germany are also experiencing energy problems.

“We have managed it effectively and it has not affected the lower income groups. We cut development funds to provide subsidies.”

The cricketer-turned-politician said Pakistan needed a bureaucracy and judiciary to enforce contracts, which would help investment in the country.

“We need expertise in bureaucracy and we need to work with the judiciary to enforce contracts, which keeps investment from coming to Pakistan.

“When overseas Pakistanis are asked why they do not invest in Pakistan, they say it is because of fraud and injustice. As long as people are not confident in the performance of contracts, investment will not come. They come with proper management.

“Regulators are tasked with protecting the public interest, but 800 suspension orders have been issued against them. How can there be an order to suspend the actions of the regulator? Consider the sugar mafia. It was fined Rs 30 billion and the suspension order was pending for 11 The sugar mafia infiltrated the Competition Commission of Pakistan (CCP).

“We tried to change that and produced a report that proved the cartel, but it also got stuck in the court system. We have to meet with the judiciary to discuss all this. Cases worth Rs 1.5 trillion are stuck in FBR (Federal Board of Revenue) and no decision is taken.

“Establishment is the reality in Pakistan and responsibility and authority must go hand in hand in every system. The responsibility was with me but the power was somewhere else. You accuse me of not holding people accountable but we didn’t have power to attract anyone to themselves”. accountable”.

The Rise of Karachi and the 18th Amendment

When Khizar mentioned the PTI government’s failure to uplift Karachi despite the provincial capital Sindh being a vote bank for the political party, Khan said the federal government could not develop the province.

“After the 18th amendment, all the powers were transferred to the provinces. The Sindh government blocked us everywhere, even when we created the Sindh Development Plan and the Karachi Revival Plan.

“Sindh was not our province but still we gave it money. We made many revival plans and did everything we could. After the 18th amendment, the federal government cannot develop a province.

“We made a great plan for Bandal Island and a consortium of foreign countries was ready to turn it into a new city. Our No Objection Certificate (NOC) was canceled at the last minute.

“Sindh would earn billions of dollars and all that money could go into the current account. Sindh government sabotaged it. As Karachi expands unplanned, you cannot empower it.”

Khan, who is now aggressively calling for new elections, said Pakistan needs to balance civil-military relations that have come under scrutiny since his government was toppled.

“I tell you that we have to take tough steps to get out of the crisis that is brewing. We have to balance civil-military relations.

“The government and the judiciary must work together.

“Let’s take the example of the city of Ravi. When we were setting it up, many consortia like Bandal Island came up and $3 billion of foreign investment was ready for Pakistan, but the 11-month order and work stopped. Foreign investors cannot understand this. We wanted to protect people from problems through the city of Ravi.

“I am convinced that we have to completely change the system of governance to deal with the problems that Pakistan is facing. All stakeholders must join hands and decide how to get out of this situation. First of all, everyone should focus on exports. No one has yet focused on exports.”