Haaland: Dortmund pressure me to decide on my future

Haaland: Dortmund pressure me to decide on my future 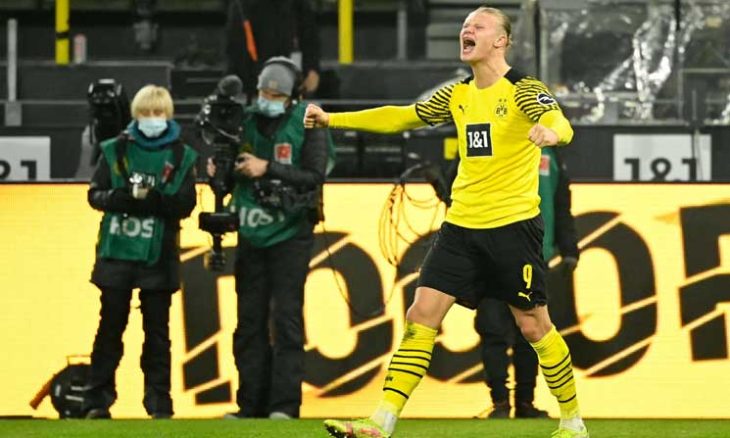 BERLIN: Borussia Dortmund striker Erling Haaland said the Bundesliga club is pressing him to decide on his future and so “things will happen now” as the Norwegian striker continues to attract interest from many of Europe’s top clubs.

The 21-year-old, who has scored 21 goals this season, joined Dortmund from Salzburg in 2020 and established himself as one of the continent’s most important strikers.

“I chose not to speak for the last six months out of respect for Dortmund, but now the club is starting to pressure me to make a decision,” Haaland, who scored twice in Dortmund’s 5-1 win over Freiburg in the Bundesliga last night, told Norwegian broadcaster Viaplay. He plays football. But they are putting pressure on me about my future so that means I have to make a decision soon. That’s what they want (Dortmund). This means that things will happen now.”

Haaland, whose contract with the German club runs until 2024, added that he prefers to focus on football rather than distract him by talking about his future before playing several matches with Dortmund, who are three points behind Bayern Munich, the league leaders.

“We are in the middle of a difficult period with a lot of matches,” Halland added. I’ve said from the beginning that I want to focus on football because that makes me at my best. But I can’t do that now.”

Lakhs of crores into mutual funds

Mohammad Rizwan and Tammy Beaumont ICC T20 Cricketer of the...

Jorge Figal did the medical review and tomorrow he will...

Saint-Germain advised to “fight” to preserve it .. Ibrahimovic determines...

Holding PSL 7 during Corona epidemic is a challenge, Wahab...