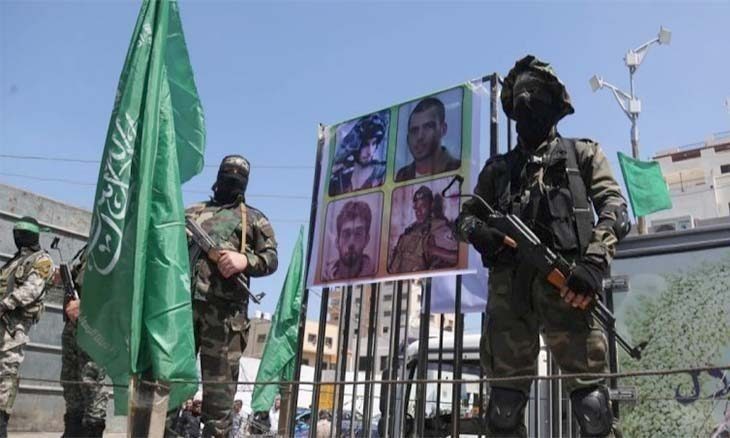 In Germany they call him “Mr. Hezbollah”. But we can call him “Mr. Hamas”: for thirty years, Gerhard Konrad, a senior figure in the foreign intelligence agency (BND) in his country, was the parallel and loyal ally of the Mossad. Within the framework of his various positions, he had more than visited Damascus, Beirut, Gaza, Cairo, Jerusalem and others. But it also identifies with the prisoner exchange deals between Israel and Hezbollah and Hamas.

These deals included, among other things, the deal of Gilad Shalit, who next month will have been a decade since his release. In addition, Konrad played an important role in the release of Elhanan Tenenbaum, and the return of the bodies of army soldiers Bani Abraham, Idi Avitan, Omar Sawaed, Eldad Regev and Udi Goldwasser – as well as Samir Kuntar, the killer of the Hearn family from Nahariya – and about 1,500 Palestinian and Lebanese terrorists and people of other nationalities. “I have always acted with the approval of my government, and of course under the direction of my apparatus, and this is at the request of the governments of Israel,” Conrad said in an interview with Haaretz.

For years Conrad refused to be interviewed. He worked in secret as a shadow man, and his name and photo were not published until a newspaper in Berlin leaked his name in 2009. A few years ago he retired. He now lives in Berlin with his wife, who also worked in the intelligence service, but he continues to follow what is happening in Israel and the Middle East, and is well versed in what is going on. Prisoner exchange deals are only possible when “the stars align,” Conrad answered a question about the possibility of a deal between Hamas and Israel, “but we don’t need to wait alone for that to happen. What is required is to develop some kind of framework agreement, of course if the second party is ready for that.” In any case, Conrad emphasized that such a framework agreement remains temporary, as long as there are no other incentives for the parties to move forward. “Most likely, both sides consider the deal a bad thing. And there will always be those who refuse, because too great concessions have been made to the enemy. And the return obtained is very little,” he explained, “many will be disappointed that they are not included in the list, and others will be frustrated at seeing the killers of their dear ones come out to freedom victorious. Therefore, there is a great responsibility on the decision makers. They must act with caution. Submitting a report too early can be dangerous. The possibility of reaching an agreement is mainly related to a specific political reality, and this reality is mostly formed by chance.”

What advice can you give to those managing the current negotiations between Israel and Hamas?

“You have to be patient, and prepare a clear framework with points agreed upon by both parties as soon as possible. If possible, then agree on the method of work. Do not try to impose this framework on the other party, but if you have a good bargaining chip such as a good offer or strong friends who can influence the other party. But what is required is that each side have a serious interest in reaching a deal.”

Although Conrad identifies with Israel and its values, it was his basic qualities that enabled him to gain the trust of terrorist organizations, “a very serious, honest, meticulous person and a man of detail who does not keep any corners open.” This was described by Ofer Dekel, who was deputy head of the Shin Bet, and later the prime minister’s representative on the issue of prisoners and missing persons between 2006 and 2009. Through Conrad, Dekel pushed forward indirect contacts with Hezbollah in meetings in Europe and Israel, and prepared the background for the Shalit deal , although it was terminated by his heir in office, David Meydan.

In 2009, after three years in which efforts to free Shalit had reached an impasse, Conrad was again invited to a prisoner exchange mission. “The big problem was the mistrust between the two sides,” he said. “The distrust represented that each party was suspicious of the seriousness of the intentions and willingness of the other party to implement its obligations. Each party believed that the other was a traitor or was unable to supply the goods, or both.”

How did you manage to overcome these difficulties, though?

“If I may say, in all humility, that what helped advance the deal was my reputation as Mr. Hezbollah.” Thus, Hamas leaders, including Mahmoud al-Zahar, who met him, used Hezbollah’s recommendations and testified that Conrad could be trusted. “The deal with Hezbollah was a kind of exercise on land,” Conrad summed up. “Evidence that proves to both parties that commitments can be respected and that the matter is rewarding for both parties.”
Written by: Yossi Melman
Ha’aretz 9/24/2021