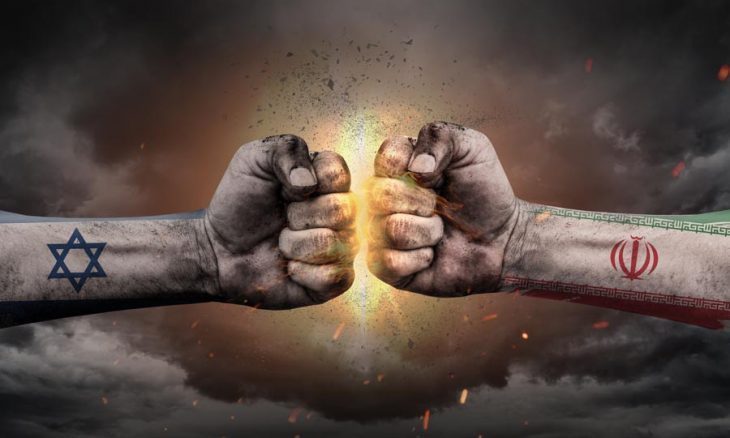 About two weeks ago, it was published in “Haaretz” that the Iranian nuclear bomb was here, and the missiles were in the air, but nothing happened: the toilet paper in the supermarkets did not run out, and the percentage of long-life milk did not decrease. This is surprising. What happened to our famous prep? Where is the vigilance that everyone who watches it will praise? Have you forgotten how they feared us with the Iranian threat? How much money did they invest in this threat? And here you see, when he came nothing happened, they were arguing about vaccination.

We knew politicians were lying, but not about the Iranian threat. We are not talking about submarines or the most moral army in the world, but about the basis of our existence. A solid cloud of certainty over our head. We trusted the Iranian threat, inflated the defense budget for it, and made sure to listen and be disciplined as the rulers desired. We want to know everything about vaccination, but we don’t want to.

We did not ask. The Iranian threat was one of the topics they told us about: “Stop that, don’t ask, there’s no point in giving you all the details, what do you know about centrifuges. Trust us, it will be just as good as it was in the submarines. We trusted them. We did not ask if the existential threat was to Iran or only to us. We thought the grocery shelves should be empty in Tehran and we don’t. And we knew they had something to fear. Every boy can go to Wikipedia and see that we have more than a hundred nuclear bombs and ICBMs with nuclear warheads with a range of thousands of kilometers. So what is the fear? The writer of the articles, Israel Harel, believed. According to him, we must attack with an immediate military confrontation, now and today, and at most, on the eve of the end of the feast. The main thing is non-containment, and the main thing is not to sit on the back and be preoccupied with the question of who is the beneficiary of the Pfizer vaccine.

It is true that the great comfort of an early attack has a price, but it is not in the sky. Ehud Barak estimated that any retaliatory attack from Iran would result in fewer than a hundred dead bodies, a price commensurate with the great benefit of destroying, erasing, and eradicating the Iranian threat forever. Or at least as usual, for three months.

It is about absorbable losses. Amos Yadlin, head of the National Security Research Institute, spoke of explosive warheads carrying chemicals and suicide ships. Historian Alex Fellerstein, who specializes in nuclear weapons, estimated that a nuclear bomb in central Tel Aviv would kill 84,000 people (he assured us that the dying period would range from a few hours to a few weeks).

This is not an existential threat, but an “operation”. We threaten them and they threaten us. He threatened Benny Gantz and Yair Lapid not long ago, and he threatened Benjamin Netanyahu and Shaul Mofaz before them. It is true that Khamenei said, “We will not use nuclear weapons,” but who can trust a Muslim? This is an eastern imagination, completely different from our western credibility. Yes, we even lied here and there, brandishing a “confrontation” and “the textile factory in Dimona”, but we are allowed (because of the disaster). We can understand why we don’t trust them. A religious, patriotic and extremist regime that believes it is God’s gift to the world cannot be trusted. A country that bases its considerations on the madness of megalomaniac clergy cannot be trusted (Iran, yes). If that’s the case, why do we yawn when the missiles are on the way? Why don’t we care? Perhaps, quietly and suddenly, we are beginning to suspect the existence of the “Iranian threat.” We may have understood that it is about the famous “Catch Me” from the primary school yard, when two people are quarreling and are waiting for someone else to come from the teachers’ room and save them from an oath to kill each other.