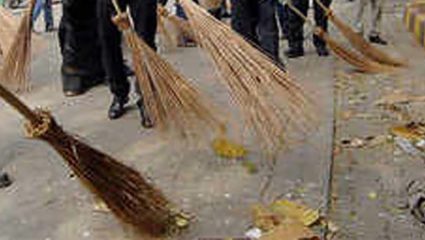 Pimpri: On the occasion of Amrit Mahotsav in Azadi Ka Amrit Mahotsav, ‘Mission Plugaphone’ (Mission Plugaphone) on behalf of Municipal Corporation of Pimpri-Chinchwad under all the eight regional offices of the city from 12th August to 15th August. Special Cleanliness Mission) will be organized. Giving this information, Pimpri Chinchwad Municipal Corporation Commissioner and Administrator Rajesh Patil appealed to the citizens, students, social, educational, environmental organizations etc. to participate in this activity.

The “Selfie with a cloth bag” campaign will be launched.

During this padyatra, the “Educational campaign against the use of plastic” was organized and conducted. Citizens will be given an obligation to give up plastic. Along with this, a ‘Selfie with a cloth bag’ campaign will be launched to sensitize fruit, vegetable, tapri, handcart vendors about the use of cloth bags. Digital Chitrarath will be used to create awareness among citizens about Amrita Mahotsav for independence, house to house tricolor, cleanliness, no plastic and school, college students, senior citizens, voluntary organizations, self help groups, Ganesh Mandalas. Clubs, housing societies, citizens and other organizations turned out in large numbers to celebrate independence. Commissioner Rajesh Patil also said that Amrita Mahotsav should be celebrated with enthusiasm.

IN PICTURES: Scarborough A-Level students celebrate ‘outstanding’ results they got |...

Tensions in Ottawa as a group linked to protest convoy attempts...