Hebrew newspaper: This is how Israel’s tactical victories fall before Tehran’s strategy 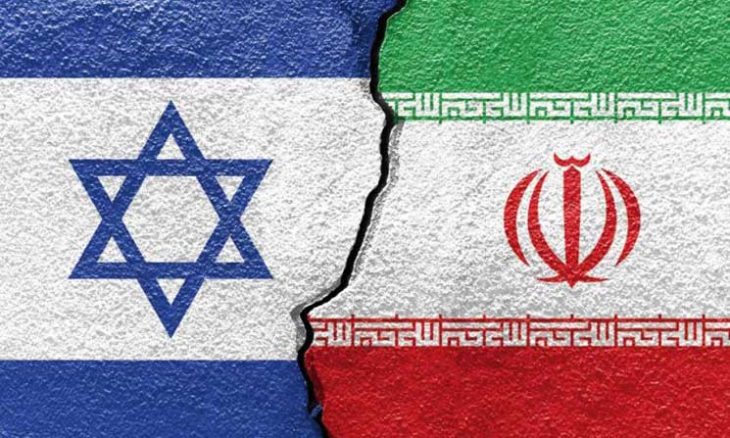 This is not an article or a political prescription about the Iranian nuclear project and how to stop, slow or acknowledge it, and it will not discuss the question of whether to force or prevent the resumption of the nuclear agreement and the return of the United States to it. I have previously written many articles, working papers and research papers, and I will also write about the Iranian nuclear project and its implications.

The goal is to present principles for a new policy and to change the paradigm with regard to the non-nuclear dimension of Iran’s policy and behavior in the region, in order to stop the erosion of Israel’s deterrence capacity with regard to striking the Israeli home front. Israel’s thinking on the Iranian issue is largely ossified, subject to old stereotypes, less relevant to reality, and giving the nuclear dimension an existential, and therefore exclusive, importance.

Regarding Israel’s policy on the nuclear issue, it is implicitly understood that the nuclear and non-nuclear dimensions are linked and have a close relationship, both militarily and politically. In terms of thinking and policy making, there is room for a separate examination and analysis of alternatives, and there is the possibility to focus on the non-nuclear dimension. Most of Iran’s consistent threats to the Middle East in general and to Israel in particular come from the non-nuclear sphere, such as ballistic missiles, the heavy use of proxy organizations, sponsorship giving, and the use of terrorism. The former deputy chief of staff, General Israel Tal, designer of the Merkava tank and one of the famous armored commanders in history, wrote in 1996 a book entitled “National Security: Few versus Many.” He continued and elaborated on his claims in several lengthy interviews in 1999. Tal presented a broad, organized national security doctrine consistent with the political, military, economic, and geopolitical situation in Israel.

Naturally, he emphasized a number of basic ideological principles of Israeli security, such as moving the battlefield to enemy territory as quickly as possible, the existence of an “operational” sub-category between the tactical and political levels, and the heavy reliance on the United States and combat platforms (mainly American aircraft). He also emphasized the uniqueness of the Israeli situation, and that the Israeli victory would always be tactical. But Israel’s defeat will necessarily be strategic.

Tal’s conclusion is that the political alternative should always be Israel’s last option. In his absence, as Karl von Clausewitz said, he who wants peace must prepare for war. Tal, who developed these sayings and concluded that “the existence of effective deterrence does not exclude the threat, is the ability and desire to put into effect an unbalanced retaliation, at least balanced with the activities of the enemy.”

In the Israeli-Iranian case, this view was adapted to the environment and to the relevant data of Dr. Thomas Kaplan, an American historian and businessman with extensive experience and a network of relationships throughout the Middle East. Kaplan used military and economic history as a primary predictive tool in geopolitical analysis, and established an educational program at Harvard University, which hosts intelligence men. In 1990, a year before Iraq invaded Kuwait, Kaplan anticipated this development and presented it to the Israeli Mossad and Saudi Arabia. The two countries rejected it.

In September 2019, Kaplan warned that Iran’s strategic logic was pushing it to attack oil facilities in Saudi Arabia. Thus, in the same month, Iran attacked Aramco’s oil terminals in Saudi Arabia. Saudi Arabia, the UAE and a number of people in Israel learned to listen to Kaplan on the Iranian issue and analyze its regional behavior.

At the basis of Kaplan’s approach is the argument that there is a rupture between Israel and Iran in everything related to the relationship between tactics and strategy. Israel thinks about the concepts of “targets” and adapts them to respond to the attack on Israel. From this point of view, Israel is restricted in terms of tactics, and Iran thinks strategically, like the emblem of chess in front of a dice game, and sees the path of success clearly for its comprehensive strategy. On the Iranian side, there is a partial adoption of the German war vision of “encirclement”. When you encircle the enemy, you will restrict his freedom of maneuver and weaken his deterrence. In the second stage, it will gradually accustom the enemy to accepting a limited hit on its territory as part of the legitimate game, while it will also disperse the effort in other arenas. Accordingly, the nuclear project on the one hand, and the activities taking place in Yemen on the other, are expressions of the dispersal of efforts, at a time when Hamas’s firing of rockets at the cities of Israel is considered the part in which the enemy, Israel, receives the blow as an inseparable part of the confrontation And refrain from responding to prevent escalation. Thus eroding his deterrence.

Arrogance and arrogance change nothing. There is no operation attributed to Israel, especially to the Mossad, that led to a change in the strategic equation or pushed Iran to change its policy.

Part of Israel’s activities against Iran and its extensions and militias operated from Tehran were innovative, modern, impressive and daring. But it was – by definition – limited to the level of tactics. In simple words, arrogance and arrogance changed nothing. There is no operation attributed to Israel, especially to the Mossad, that led to a change in the strategic equation or pushed Iran to change its policy. It is true that Iran has weakened, sanctions are bearing fruit, and the nuclear project may have been slowed every few years, but the reality has not fundamentally changed.

Iran is by definition an expansionist state driven by a combination of aspirations for regional hegemony, 1,400 years of hostilities with the Sunni Arab world, and messianic religious ideology. The characteristics of politics Iran served the Shah, and it is now serving the Islamic Republic of Iran, which added another important building block, which is “exporting the revolution.” From these principles, Kaplan said, Iran has crafted an orderly, flexible, long-term, and patient policy that rests on three levels:

The first level, overt and overt ambitions: Persian nationalism, defense of Shiite minorities in the Middle East and extensive and costly use of outreach organizations (Hezbollah is prominent among them). The second level is clever use and exploitation of the enemy’s weaknesses. In the Israeli case, the weak point is sensitivity towards the home front. In the last decade, the world began to see Iran as a challenge in the Israeli context, not as a comprehensive challenge. The third level, a semi-disclosed nuclear project and a secret military nuclear project officially, but not secret in terms of its existence. In addition, a program to develop and produce long-range ballistic missiles.

For Israel, Saudi Arabia, and the UAE, the use of outreach organizations is most problematic. According to the Iranian “commercial model”, the outreach organizations worry the enemy and they receive its response. When Hamas and Islamic Jihad fire rockets at Ashkelon, Sderot, Nahal Oz or Tel Aviv, Israel retaliates in Gaza. When Hezbollah fires missiles at Haifa, Israel attacks Lebanon. The equation is simple and inconsistent: Iran is attacking Israel, and Israel is bombing the Palestinians or the Lebanese, some of whom are civilians. This policy benefits Iran because Israel, like Saudi Arabia, agrees to the existence of this equation, responds only at the tactical level, and then is busy explaining the reason for preventing escalation. The result is that Israel, Iran, Saudi Arabia and the UAE are all spinning around in a vicious circle, as in Dutch artist Maurits Asher’s “Rise and Fall.”

It is clear that the alternative and the political path are preferred, but Iran must be threatened in clear language and in the form of “Listen carefully, we know what you are thinking. Otherwise, the response will be… In this period of time, Iran is not threatened by this, it knows this very well and continues to exploit Israel’s weaknesses.
By: Alon Pinkas
Ha’aretz 10/14/2021