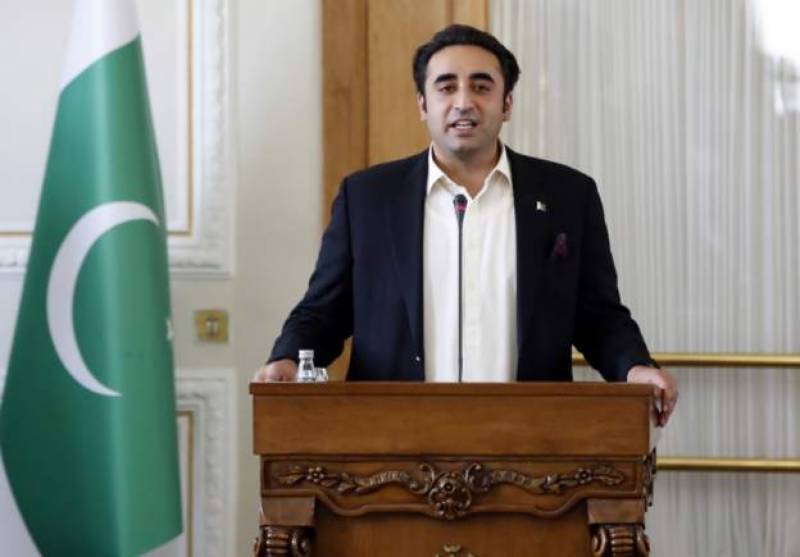 Islamabad: Foreign Minister Bilawal Bhutto has said that Imran Khan has been exposed in the foreign funding case and is now engaged in continuous campaigns against every organization to avoid being caught. Imran Khan will stoop so low it is beyond my expectations, for all of us only Pakistan is always and forever.

Pakistan People’s Party Chairman and Foreign Minister Bilawal Bhutto Zardari said in a Twitter message that floods have wreaked havoc in Pakistan. More than 1500 people died while more than 33 million people were affected.

He said that the four provinces including the areas of Khyber Pakhtunkhwa, South Punjab, Balochistan and Sindh were affected, the flood affected people lost all their property. Every Pakistani should take all possible measures for his countrymen who are suffering. With his Khyber Pakhtunkhwa and Punjab governments, Imran Khan chose this time of national calamity to sabotage national economic interests.

He said that the Finance Minister of Khyber Pakhtunkhwa termed this issue as a blackmail tactic while the Finance Minister of Punjab termed it harmful to the state and all these instructions are coming from the person who has brought Pakistan to the brink of bankruptcy. It has come, Imran Khan has been caught with corruption by using charity money for his own personal and political purposes.