IND vs AUS 2nd T20I | Second match of IND vs AUS T20I series in Nagpur on Friday, know the history of Team India at this venue | Pro IQRA News 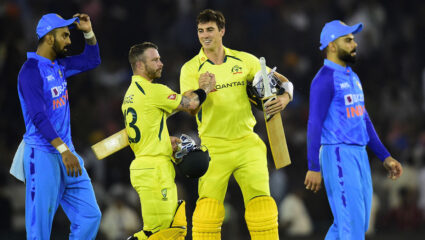 The second match of the 3-match ODI series (IND vs AUS T20I Series, 2022) between India and Australia will be played in Nagpur on Friday, September 23. Australia got a very exciting win in the first match of this series played in Mohali. In this match, Australia defeated the Indian team by 4 wickets. Friday’s match will be very important for India because if they win it, Team India would like to level the series first one-on-one and the last match will be the title. And if you lose, the streak will spiral out of control. Let’s take a look at Team India’s performance in Nagpur.

In the entire history of international cricket, Team India has played a total of 4 matches in Nagpur in which the winning percentage is 50-50. The Indian team played their first match against Sri Lanka (SL vs IND Nagpur 2006) on this ground in 2006, some 16 years ago. Sri Lanka won this match by 29 runs. After 10 years, this stadium hosted a match between India and New Zealand (IND vs NZ, Nagpur, 2016). In this match also, Team India had to face defeat by a margin of 47 runs.

The third match was against England in which India defeated England. And the fourth match was played here in 2019 against Bangladesh (IND vs BAN, Nagpur 2019). India also won that match.

If we talk about international T20 cricket, a total of 12 matches were played on this ground. But, it is also worth noting that the Australian team will play a T20 match against India in Nagpur for the first time.