Institution that brings together neighborhood clubs demands agenda and budget

Institution that brings together neighborhood clubs demands agenda and budget

“We seek to improve the institutional conditions of neighborhood clubs.” With this premise, in July of last year the Bahía Blanca branch National Union of Neighborhood Clubs was created. Months later the brand new institution achieved some goals.

Its president, Nadia Delelisi, offered an overview of the work carried out by the leaders that make up this Union and spoke of the goals for 2022.

“Our first objective was to form the National Union of Neighborhood Clubs in Bahía Blanca. As we have mentioned, it is an organization that has already had fourteen years of tireless work throughout the country and that every day adds more branches and clubs that feel summoned to this Union,” said Delelisi.

“We emerged to solve common problems between these institutions. And in this case, the Union comes to generate a force that summons the clubs to, precisely, generate solutions that on a day-to-day basis are very difficult to face individually. In addition to the objectives of continuing to build and develop the daily work of these clubs, which has to do with human values ​​and containment,” he said. 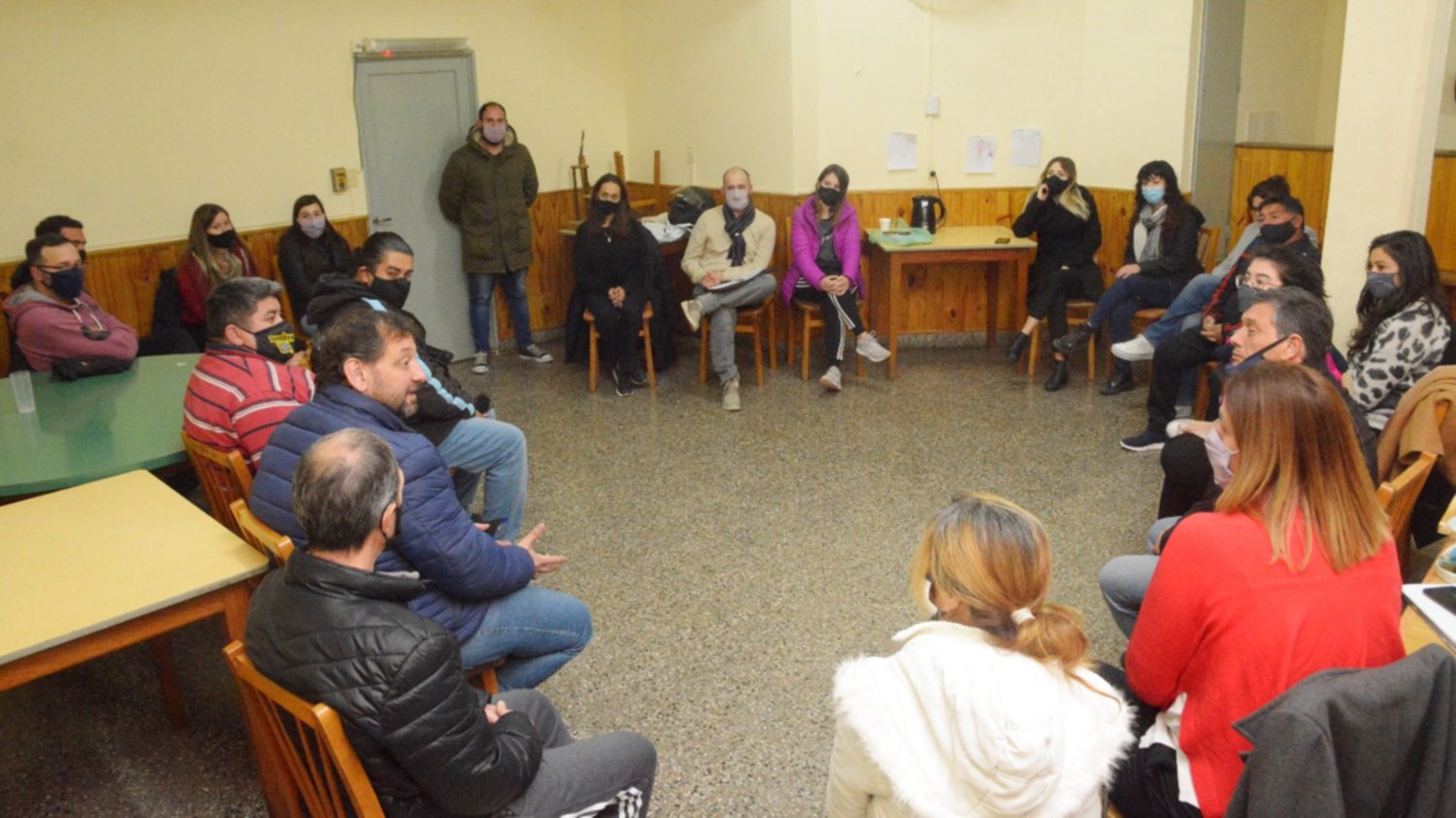 Sports leaders at one of the meetings held last year.

The starting point was to regularize the institutional situation of some of those clubs that make up the Union, made up of La Armonía, Pacífico, Bella Vista, Villa Ressia, Velocidad y Resistencia, 9 de Julio, Los Leones, Calvento, Estrella de Oro, Maldonado and Sixto Laspiur.

“Some issues take time, such as those that have to do with national jurisdictions that cannot be resolved at the local or regional level. For example, the social rate or zero rate for sports clubs. We already had a meeting with Enargas, who summoned both the Bahian branch and the Mar del Plata branch. In the case of Bahia and with the cold zone law, they can access a 50% discount. For that, a series of requirements must be met. For example, that they be declared entities of public good”, explained the graduate in Physical Education and Sports.
As part of the management to obtain this benefit, in October they presented a note to the Deliberative Council.

“What we requested was a meeting for five points, among them, that the clubs of the Union be declared institutions of public good. That status would allow access to benefits such as the reduced gas rate. It would also facilitate other procedures,” he added.

Nadia Delelisi, president of the Bahian branch of the Union.

The national mural contest, as a contribution to the fight against trafficking, was one of the actions of the year promoted by the local Union.

“We participated in the national My Club Fight Against Trafficking contest, which was a precious activity that we carried out together with Bahia Against Trafficking. It raised awareness and visibility. It was a national movement and being part of that is very important, because it marks the conception that we have of neighborhood clubs. It not only involves sports training. It also has to do with cultural support and citizen training. As neighborhood nodes, the clubs interact and articulate with the rest of the institutions. They make each city and community better The identity that a club generates, with a neighborhood or a part of a city, is also important”, explained Delelisi.

Was there an answer?

He also admitted that it will take time for the proposal of the Bahian subsidiary to have an echo in more clubs. 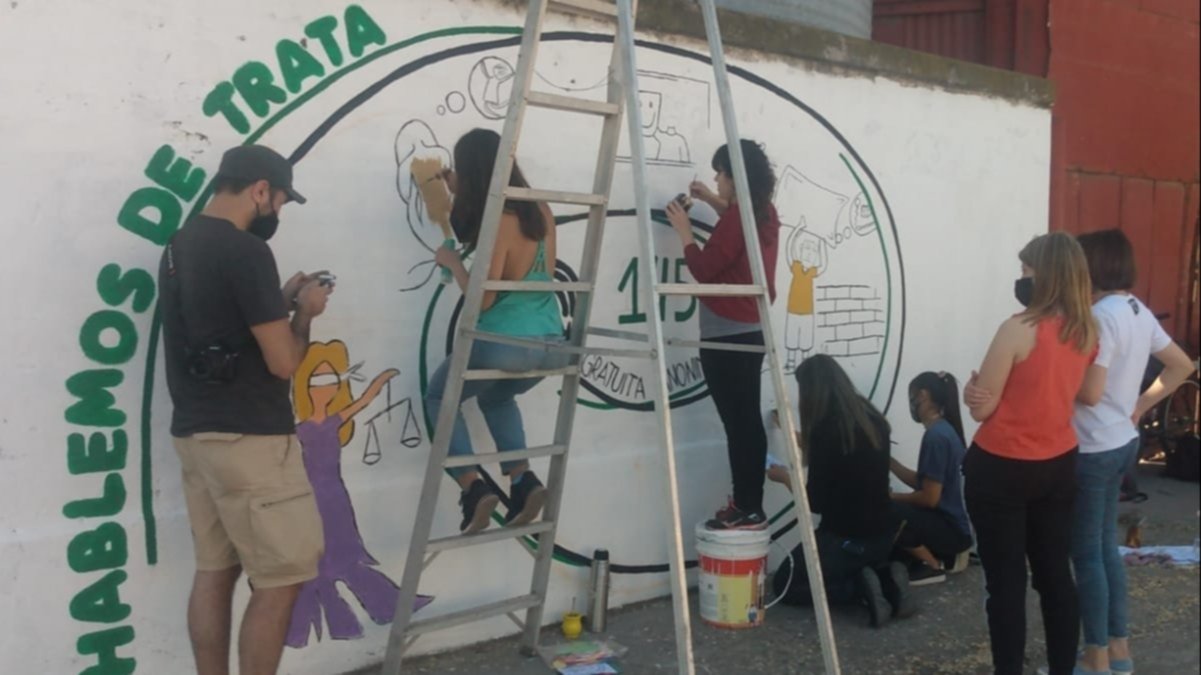 The mural that was worked on in the facilities of the Villa Miter club.

“At the same time that we are generating a process of visibility and work, other clubs are observing this growth. Some decided to wait and project their incorporation in the future. It has nothing to do with the fact that they do not think it is good to get together or join. We know that leaders and Leaders do not live to work in their club. It is difficult to add one more schedule, an extra action to the ones they have, “he said.

goals for the year

Referring to the objectives for this year, he said that a paradigm shift is necessary.

“We believe that the neighborhood clubs should be part of the municipal management. That they be granted the meeting that we ask for, that they can listen to us and ask us what is happening and that we can express the need to make a change in the local sports system. It is necessary strategic planning so that the clubs are part of the public agenda”, he stated.

“We need administrative and legal aspects to be achieved, such as adherence to the National Law of Neighborhood Clubs and also to the provincial law. We need a registry of neighborhood clubs and sports entities, something that exists at the national and provincial levels. It is a way to be able to distribute the benefits in an equitable and organized manner. It is important to create a specific municipal fund for neighborhood clubs. The icing on the cake would be to create a new municipal sports council,” he concluded.

Mass transfer of all employees of Salabatpura police station in...

Fact check: The reality of the insulting video with the...

About Aafia Siddiqui, the prisoner believed to be the motivating...

Prime Minister’s gift to the people

The Tunisian president seeks the help of the Labor Union...

FBI identifies the British man they say took hostages at...

The brave soldiers of India got a new uniform, also...