Abu Marzouk: No “long truce” and Egyptian promises to speed up “reconstruction” and “reconciliation” are frozen 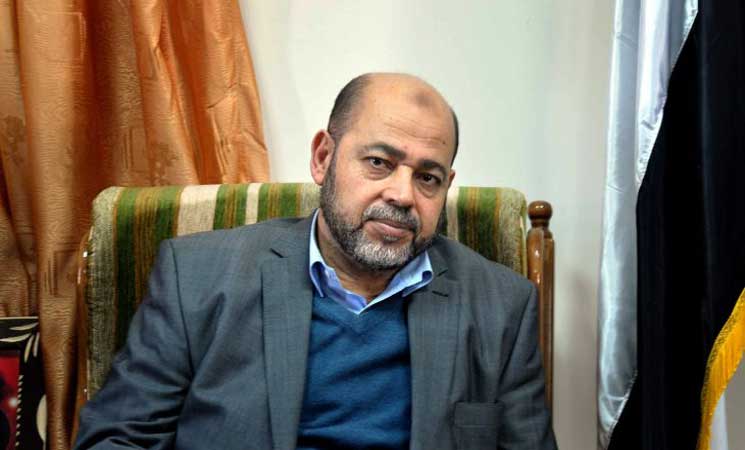 Gaza: Musa Abu Marzouk, a member of the political bureau of the Islamic Resistance Movement “Hamas,” said that the idea of ​​concluding a long-term truce between his movement and Israel was not raised during the movement’s delegation’s dialogues with Egyptian officials in Cairo last week.

He added that his movement “is continuing in the battle to break the siege on the Gaza Strip,” noting that “the living conditions of the residents of the Gaza Strip must be addressed, and the unjust siege must be broken.”

This came in an exclusive interview conducted by Anadolu Agency with “Abu Marzouk,” about the results of Hamas’ meetings in Cairo, and its meetings with the Egyptian General Intelligence leadership.

Abu Marzouk denied that there had been a “real breakthrough” in terms of concluding a truce agreement, attributing this to “the intransigence and arrogance of the occupation,” but revealed Egyptian promises to “accelerate the process of rebuilding Gaza.”

With regard to concluding a prisoner exchange deal with Israel, Abu Marzouk refused to provide details about the course of the negotiations, which are being mediated by Egypt, blaming Tel Aviv for its failure.

He said that Israel took a “step” in the exchange file (he did not clarify it), but that it was “insufficient and does not give the impression of seriousness.”

Earlier this month, Egypt hosted a high-ranking Hamas delegation, headed by the movement’s leader, Ismail Haniyeh, to hold talks with the General Intelligence Command on all Palestinian and joint issues, in addition to holding a comprehensive meeting for members of the movement’s new political bureau.

On the nature of the files discussed by the Hamas leadership delegation in Cairo, Abu Marzouk explained that he discussed the Palestinian national unity file, ways out of the current crisis, and conditions for the success of the ideas of ending the internal division.

Abu Marzouk described his movement’s meeting with Egyptian Intelligence Minister Abbas Kamel as “fruitful,” and said that he touched on bilateral issues between the movement and Egypt, cooperation in “common issues,” and the situation in the Gaza Strip.

He added, “An extensive discussion was opened and an exchange of views took place on ways to get out of the Palestinian impasse, and the political changes in the region and at the international level were discussed, and their impact on the Palestinian cause.”

He added that the movement stressed, during the talks, that “the city of Jerusalem is the heart of the conflict (with Israel), and harming it and sanctities is a red line that will not be tolerated, and we will resist that vigorously no matter the cost.”

On another issue, he said that his movement will work to develop the relationship with Egypt in a way that “serves our people and our cause, and serves the brothers in Egypt and the Egyptian people.”

On the internal level of Hamas, Abu Marzouk indicated that several meetings were held by the Hamas political office in Cairo, at the beginning of its work for the current four-year term.

He explained that the internal meeting of the Hamas leadership discussed a number of files, including political and field developments in the city of Jerusalem, the siege of the Gaza Strip, the Palestinian division, in addition to the file of prisoners in Israeli prisons, and the conditions of Palestinians in Lebanon.

Abu Marzouk thanked Egypt for hosting the Hamas leadership meetings, which he described as “positive,” pointing out that “it is difficult to hold such meetings due to the movement’s conditions and its spread inside and outside Palestine.”

Regarding the talks to establish the calm in Gaza, Abu Marzouk stressed that his movement “will not accept the delays of the Israeli occupation, which is mistaken in betting on the factor of time.”

He added: “There is no calm for free, and it must be known that the goal of resisting the occupation is to remove it, and we will not stop until this goal is accomplished.”

He continued, “We agreed (with Egypt) on several issues related to the reconstruction process, including the establishment of three new residential cities in Gaza.”

He pointed out that there are plans to develop main streets and intersections in the Gaza Strip, and other projects for which the necessary materials will be brought through the Rafah Crossing (south).

He also explained that the coming days are expected to witness “the start of projects for the sisterly State of Qatar, with a value of 50 million dollars.”

He explained that these projects will undertake the reconstruction of buildings (excluding towers) with a total of 1,000 housing units, in addition to severely damaged buildings.

He pointed out that projects for the reconstruction of infrastructure damaged by the war will be carried out starting next year.

For 11 days, Israel launched an aggression on the Gaza Strip, which ended with a ceasefire on May 21.

The aggression caused the complete or severe destruction of 1,335 residential facilities, while about 12,886 homes were damaged, according to the government media office in Gaza.

Abu Marzouk said that Egypt plays a “positive and active role” in order to conclude a prisoner exchange deal with Israel, considering that this role “is trusted by his movement.”

He revealed that Israel took a “step” with Egypt in this file.

The Hamas official refused to reveal the details of the “step” he talked about, saying only that it is insufficient and does not give the impression of Israel’s seriousness.

He attributed the motives for this Israeli move to “internal popular pressures on the occupation government.”

Abu Marzouk declined to provide more details about the course of the exchange negotiations, saying only that “the media is not the right place” to discuss the ideas presented in this file, whether from Egypt or other mediators.

He said that his movement is keen to “complete an honorable exchange deal on its terms.”

Hamas keeps four Israelis, including two soldiers who were captured during the war on Gaza in the summer of 2014 (without disclosing their fate or health status), and the other two who entered the Strip in unclear circumstances during the past years.

Abu Marzouk added: “The deal we want is humanitarian in the first place, and patriotic, not partisan, and the fighters in it have the right place.”

He continued, “We presented a road map that begins with a humanitarian treatment of this file, but the occupation addresses the issue through media leaks, but that will not help anything.”

He considered that the exchange file “will be completed within a few weeks if Israel has the will and responds to the movement’s demands.”

He accused Israel of placing obstacles in the way of completing the deal, stressing that his movement will not relent in the face of that, and will not accept linking the issue of exchange to lifting the siege on Gaza or reconstruction.

He said that his movement seeks to include “the desired deal for women, children, the sick and elderly prisoners, as well as those who spent thirty years in prison.”

He pointed out that a number of the leaders of the Palestinian factions in prison will be at the top of the exchange list, including Marwan Barghouti, Ahmed Saadat, Fouad Al-Shobaki, Hassan Salameh, Abbas Al-Sayed, Ibrahim Hamed, Abdel Nasser Issa, and Jamal Abu Al-Heija, in addition to the six prisoners who escaped from the prison. Gilboa prison last September.

Israel detains about 4,850 Palestinians in 23 prisons and detention centers, including 41 female prisoners, 225 children, and 540 administrative detainees (without charge), according to institutions specialized in prisoners’ affairs.

On the efforts to achieve Palestinian reconciliation and end the internal division, Abu Marzouk denied the existence of movement in this file.

He said that his movement does not set conditions for a way out of the national impasse, and “all we want is to meet the aspirations and aspirations of our people, and for the Fatah movement (led by Palestinian President Mahmoud Abbas) to have the will to turn this painful page.”

He added that Hamas’s vision to rearrange the Palestinian house includes three items, the first of which is “striving to restructure the leadership of the Palestinian people according to democratic and national foundations, and to rebuild the Liberation Organization so that it includes all the components of our people, leading to the formation of one central leadership.”

As for the second item in Hamas’ vision, it is represented in “agreeing on a national strategy and formulating an agreed upon Palestinian political program,” while the third item includes “agreeing on a vision for comprehensive resistance and its management to confront the Zionist project by all means.”

Abu Marzouk said that his movement made a lot of effort to achieve unity and end the division, through rounds of dialogue with the Fatah movement over the past years, stressing that “it has all failed, and everyone knows who failed it.”

He believed that in order for the dialogues to be successful, “the beginning must be correct, practical, and not subject to American and Israeli dictates.”

Abu Marzouk believed that Palestinian President Mahmoud Abbas is setting “unfortunate” conditions for reconciliation and rapprochement with Hamas, by relying on “international legitimacy as the basis for building internal relations.”

He said that President Abbas “obstructs getting out of the national impasse by focusing on the few points of contention, while he is striving hard to reach an understanding with the symbols of extremism in the enemy, who will not recognize the Palestinian state in any way, and it is like searching for a mirage.”

Last August, Munib al-Masri, head of the Goodwill Authority (a non-governmental organization that is making efforts to end the division), confirmed the authenticity of a document circulated on the Internet, addressed to him by President Mahmoud Abbas, in which he stated: “What is required of Hamas in order to be A partner, to officially recognize and sign (political bureau chief Ismail) Haniyeh the decisions of international legitimacy, and without that there is no dialogue with them.”

Hamas refuses to recognize the legitimacy of the existence of the State of Israel, and says it seeks to liberate the entire territory of historic Palestine.