Berni again questioned the speedy release of the detainees 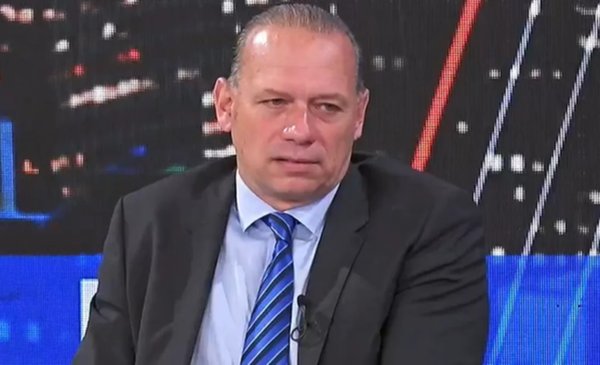 “It seems barbaric to me that we discuss binary sex and the sex of angels, but someone has to discuss sometime how a person who was arrested for robbery with a weapon in four days was released,” said Buenos Aires Minister of Security Sergio Berni today .

The provincial official once again referred to the rapid release of the detainees, upon leaving the 1st police station. de Quilmes, which he attended for the crime of the 17-year-old Lucas Iván Cancino, murdered in an attempted robbery when he was going to school.

Referring to the three suspects who have already been arrested for the adolescent’s crime, the minister said: “One of them was arrested on July 24 for qualified robbery for the use of weapons. Do you know when he was released? In less than four days”.

Quilmes: a teenager was stabbed to death while he was going to school

And he continued: “Beyond the responsibility that we have and what we are doing to improve the institution, in Argentina, and although it seems barbarous to me that we discuss binary sex and the sex of angels, someone has to discuss once how a person who was arrested for robbery with a weapon in four days was released. “

Meanwhile, referring to another of the detainees, he commented that he had been arrested on May 26 for stealing a bicycle.

In addition, Berni pointed out that the criminals had the “intention to kill”, since the victim did not show resistance.

“From what I have spoken with a witness, there was not even a resistance, it was almost like an intention to kill. Killing to kill,” he sentenced. (NA)