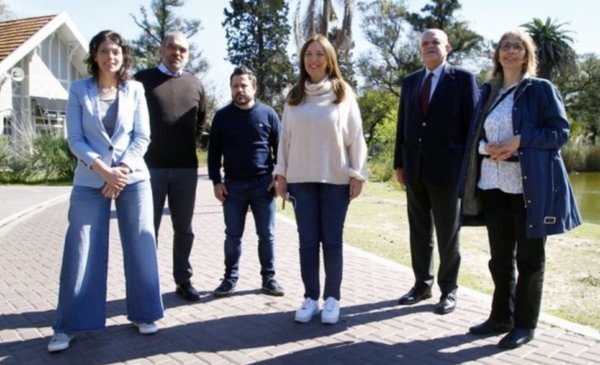 The candidates for national deputies of Juntos por el Cambio in the City of Buenos Aires signed a commitment to “not increase or create new taxes” once they take over their seats next December and demanded that “the other political parties do the same. same”.

The initiative, broadcast live through social networks, aimed to sign “a document in which they undertake not to promote or accompany bills that seek to create new taxes or increase existing ones during their term in the National Congress.” .

“We came to commit ourselves and we hope that the other political parties will do the same. No more taxes: we are taxed,” said candidate and economist Martín Tetaz.

For his part, former Minister of Economy Ricardo López Murphy remarked that “the country needs no greater tax pressure on the private sector,” while national deputy Carla Carrizo said: “Enough of an extractor state to which we give everything and it gives us little and nothing “.

“The tax burden is already unbearable,” said scientist Sandra Pitta, while her partner on the list Paula Oliveto Lago added: “It is time to put everything so that SMEs can generate employment, so that children who leave high school find I work in Argentina and they stay. The tax burden is drowning merchants and businessmen in Argentina a lot. We have to be accompanying them so that they continue to invest and bet on the country, for my children and everyone’s children we will not go up taxes and we are going to create jobs. “

In turn, political scientist Sabrina Ajmechet added: “I have come to add my commitment not to vote for a tax increase and not to create new taxes. We need development, progress, growth. We are going to achieve all of this together.”

“This Government increased or created 19 taxes. The private sector does not give more and this is not by chance: they do it on purpose because they want to end everything that is autonomous and what is not submitted to them in Argentina,” said the national deputy Fernando Iglesias. (NA)