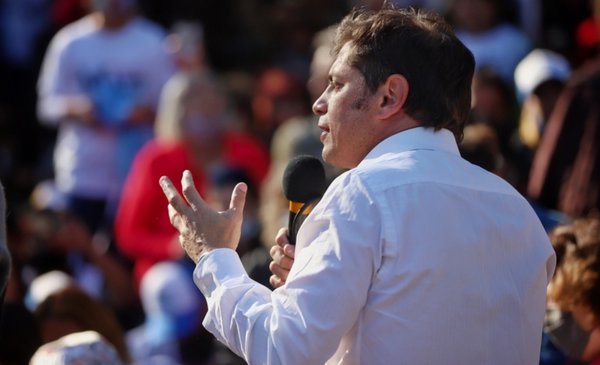 Important referents of the local and provincial tourism market were cautious today when contacted by The new one. for your thoughts on the “free alumni trips” announced last week by Governor Axel Kicillof.

The private sector tour operators assured that they have not yet received details of how the measure will be implemented and that they await the officialization of the program announced last Friday by Kicillof in Villa Gesell.

The Governor indicated that it will be for 220,000 “last year high school students, both from the public and private systems” and specified: “We will guarantee packages of up to 30 thousand pesos per student for graduate trips during February and April next year. also strengthening the Buenos Aires tourism out of season “.

The president emphasized the need to “accompany the sectors linked to entertainment and culture, which were the ones that suffered the most from the economic consequences of the pandemic” and stressed that “the State will play a central role in facilitating activities and recover what was lost “.

At the same time, Kicillof announced the exemption from the property tax on hotels and tourist accommodation from March 2020 to September 2021; the investment of 1,000 million pesos to accompany popular festivals and the launch of the Recreo application to promote cultural and tourist activities with promotions and discounts.

The announcement drew criticism from the opposition. “The Kicillof plan generates a huge indignation in me. It is not logical that they go for free. The gift culture does not work. In any case they would have to make a line of credit. It does not go any more in Argentina that everything is free, that everything it is a gift. It is not conducive to understanding what must be done to get Argentina out of where it is, “said PRO head, Patricia Bullrich.

For his part, the Buenos Aires deputy candidate Diego Santilli said: “With that money, 150 thousand computers could be bought so that our young people can study. 28 secondary schools can be made. What are we talking about? Are we talking about building a better future or influencing the vote by mortgaging our future? “

There were also messages from other referents of the opposition arch, such as Deputy Waldo Wolff and Senator Esteban Bullrich.

It is expected that in the next few hours there will be more details on the measures of the Government of the Province of Buenos Aires with respect to student tourism.

Minister Bettsy Chávez Chino met with representatives of the CGTP, CONFIEP and SNI

USA NOMINATES DONALD BLOM AS AN AMBASSADOR FOR PAKISTAN

Syria: 13 regime forces were killed in an explosion targeting their bus in Damascus – (videos and photos)

The first scenes after the bombing of a Syrian army bus in the center of the capital, Damascus

Taxi driver flees after hitting a young cyclist in Cansahcab