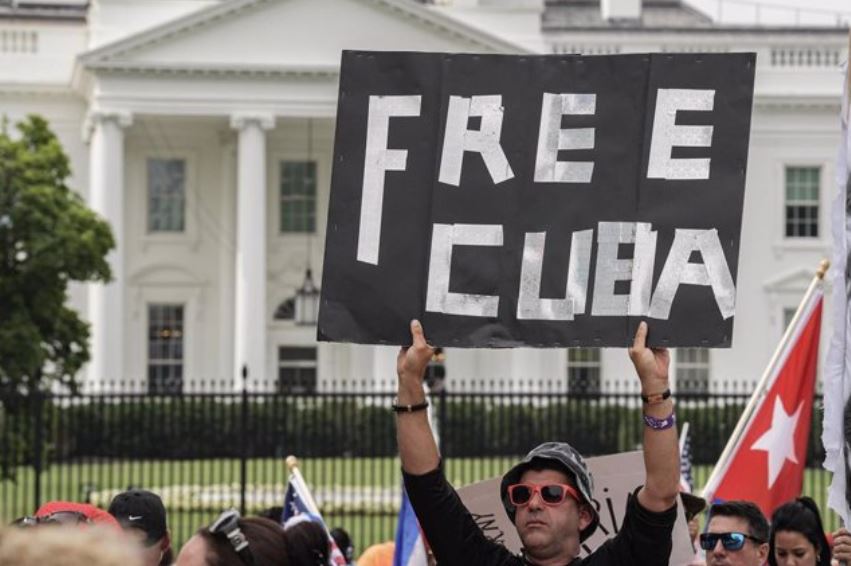 The United States criticized Cuba on Tuesday for “denying its people” the “freedom to assemble peacefully” and has demanded respect for “fundamental freedoms”, in response to the decision of the Cuban government to declare illegal several marches called in the country by November 15.

This has been stated by the spokesman for the State Department, Ned Price, who has remarked that what happened in July in the framework of the protests against the Cuban government in Havana “had nothing to do with the United States.”

“It was about the conduct of the Cuban regime, the unsatisfied aspirations of the Cuban people for freedom, dignity, prosperity, the elements that this regime has denied them for too long, since 1959,” the spokesman added in a wheel. press.

In this regard, he recalled that then “the world observed” how the Cuban authorities “detained and beat peaceful protesters, journalists, independent voices in mid-July, starting on July 11.”

“There have been many arbitrary arrests, many are missing. We know that the Government has carried out secret summary trials of the detainees. And we unite with their families, we unite with Cuban human rights defenders, with people from all over the world to demand the immediate release of all those detained, all those who are detained or disappeared simply for exercising their fundamental Human Rights. “, has underlined.

In this way, he lamented that “it is freedom of expression” and “freedom to assemble peacefully” that the Cuban government “denies its people” with the arrests, repression and now bans on the protests called.

The Cuban Observatory for Human Rights (OCDH) on Tuesday condemned the ban on the demonstration scheduled for November 15 and stressed that “authorizations had been requested from the different local governments, protected by the new Constitution.”

For this reason, it has considered the prohibition as “a flagrant violation of Human Rights” and has warned of the “climate of threats, arbitrary arrests and detentions in the homes of the promoters of the initiative.”