Ha’aretz: Tehran and Riyadh are on the verge of an agreement that could dismantle the anti-Iran coalition… and Safadi’s proof 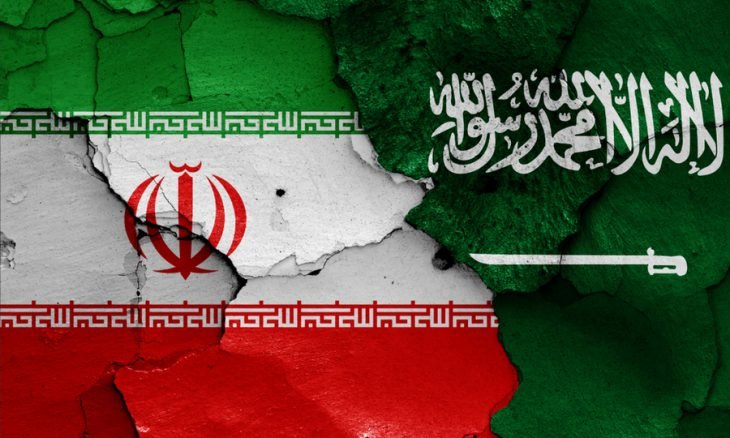 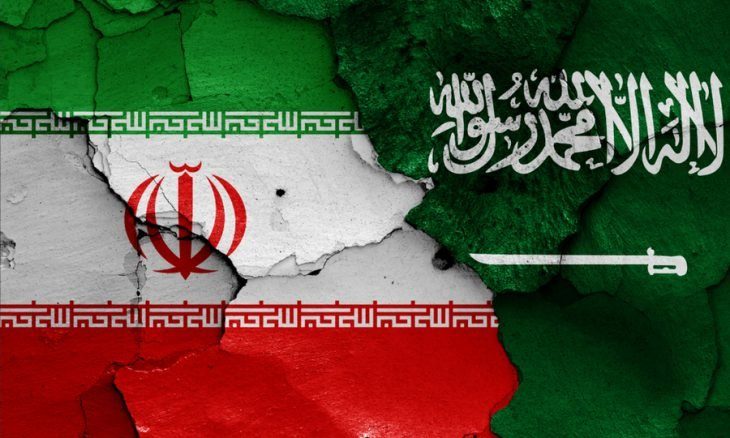 Iranian Foreign Minister Hossein Amir Abdollahian had good news this week. At the end of his visit to Syria, Egypt and Russia, he declared that “the ongoing talks between Saudi Arabia and Iran are progressing in the right direction.” His spokesman, Saeed Khatibzadeh, was even more generous when he explained that “talks between the two countries continue without confusion. They discuss the relations between them and their relationship with the countries of the region, especially with the Gulf countries and the war in Yemen,” he said, adding that “the two countries signed a number of agreements.”

Diplomatic sources, who spoke with Arab reporters, expected the reopening of consulates in the two countries soon, and the signing of an agreement on full normalization and the opening of embassies after a few weeks.
If the negotiations between the Kingdom of Saudi Arabia and the Islamic Republic end with an agreement and normalization, this will be the final chapter of the anti-Iran coalition on which Israel pinned many hopes, and even considered itself an unofficial member in it, to the extent that this common denominator between it and Saudi Arabia gave hope that the Kingdom will resume its relations with Israel. Relations between Saudi Arabia and Iran can raise barriers to communication channels between all Arab countries on the one hand and Iran on the other, and evidence for this is found in the words of the Jordanian Foreign Minister, Ayman Safadi, who said in a phone call with his Iranian counterpart this week: “Good relations With Iran, there is an important Jordanian interest.”
The meetings between Saudi Arabia and Iran began secretly last April. So far, three rounds of talks have been held, the last of which was at the end of September, after Iranian President Ebrahim Raisi was appointed as president. Another round is expected in the coming days. Even during his election campaign and under the guidance of Supreme Leader Ali Khamenei, Raisi declared that the center of his foreign policy would be the restoration of relations between Iran and neighboring countries, particularly Saudi Arabia.

Meanwhile, in his speech at the United Nations General Assembly last month, the King of Saudi Arabia, Salman, declared that his country is looking forward to good relations with Iran. These relations were severed in 2016 after demonstrators attacked the Saudi embassy in Tehran and the consulate in Mashhad, in response to the execution of a Shiite mufti in Saudi Arabia, Nimr al-Nimr. Relations deteriorate as the war in Yemen develops between government forces backed by Saudi Arabia and the UAE, and the Houthis, who are backed, funded, and trained by Iran.
Saudi Arabia’s aspiration to end the war with a decisive victory within a few weeks was shattered by the staunch steadfastness of the Houthis, who had seized large parts of the country, including the capital, Sanaa. Saudi Arabia, which initiated the war as part of an anti-Iran strategy, found itself in four years on a collision course, not only before the Houthis, who began firing missiles at Saudi strategic targets, but also before the US Congress, which imposed on Saudi Arabia to stop the war in which more than 100 people were killed. Thousands of people and turned into the largest humanitarian disaster, according to the Secretary-General of the United Nations. President Trump, a supporter of Saudi Arabia, was forced at the end of his term to retreat before Congress, and asked it to conduct direct negotiations with the Houthis.
lively dialogue
Upon the coronation of Joe Biden as president, Saudi Arabia began to reconsider its regional policy. Against the background of the estrangement that arose between Biden and Saudi Crown Prince Mohammed bin Salman, against the background of the killing of journalist Jamal Khashoggi, as well as Biden’s pressure to prevent the sale of American weapons to Saudi Arabia because of its use in the Yemeni war, while he moved negotiations with Iran over a nuclear agreement, the king went Salman doing to find a turning point in relations with Iran. Analysts in Saudi Arabia believed that this process made the Kingdom understand the futility of relying on the United States, and that it should diversify its network of strategic relations, in order to maintain its position again in the Middle East.
There are political failures that the Kingdom has received, such as: a failed attempt to dismiss Lebanese Prime Minister Saad Hariri, which ended in abject failure; its inability to influence the course of the war in Syria; the lack of resolution in the Yemeni war, despite its military superiority; the withdrawal of the UAE from the military partnership; President Trump refused to help Saudi Arabia against Iran after the attack on its oil facilities… All of this made it clear to Saudi Arabia that dialogue with Iran has become vital to ensure that it does not turn into a permanent battlefield that might affect the huge economic development program that bin Salman aspires to.
The greater the chances of negotiating the nuclear agreement by signing it, the more Saudi Arabia will be required to examine the repercussions of this on the oil market, in front of Iran. The re-entry of Iran to the arena of sale may rob the old customers of Saudi Arabia, in addition to reducing prices and harming a main source of income for the Kingdom. Perhaps Saudi Arabia’s concern is exaggerated, because China may buy most of Iran’s oil production, according to the strategic agreement signed between it and Iran last March. But Saudi Arabia has no guarantee that Iran will not seek to retain important clients such as India, Pakistan, South Korea and Japan. For Iran, there is a great interest in resuming relations with Saudi Arabia, as this agreement will give recognition, even if not official recognition, to its special status in Lebanon, Syria, Yemen and Iraq, and will open up to it the Arab Middle East, which has so far remained mostly cautious, under strong American pressure. , by showing friendship and rapprochement with Iran.

The rapprochement and the resumption of relations between Iran and Saudi Arabia appears to be a severe blow to the Israeli wing. It is no longer confined to a fundamental lack of agreement between Bennett and Biden on the issue of the Iranian nuclear project that Washington is seeking, but rather the issue includes the bubble of the Arab alliance against Iran that may explode into fragments. But from the start, this was a scarecrow in which Netanyahu unleashed hot air. The Saudi planes would not have attacked Iran in a coordinated manner with Israel without the approval of the United States, which previously made clear during Trump’s term that its orientation is toward diplomacy, not war.

Two years ago, the UAE reached cooperation agreements with Iran, which did not hinder it from signing a peace agreement with Israel. As for Qatar, it is an old trading partner of Tehran. The rest of the coalition members, such as Egypt and Jordan, were watching closely. And the Arab countries, especially Saudi Arabia, which wanted to strengthen its position in Washington by promoting the common struggle against Iran, were able, during the Trump era, to rely on the mediation of Israel, even if the matter did not achieve much success. Now it becomes clear to her that the battle against Iran is no longer a desirable trade, and Israel is only a mediator who receives commission but cannot deliver the goods.